Federer, who is known as Greatest of All Time (GOAT) in the circles of tennis, has been an inspiration for many young kids and people from different walks of life. Also Read - French Open 2020 Final: Chris Evert Calls Out Novak Djokovic For 'Rivalry With Rafael Nadal Biggest in Sport' Comment

On the occasion of his birthday, his fans took to their Twitter handles and wished the ace player in different styles. Also Read - French Open 2020: Novak Djokovic Showers Big Praise on Rafael Nadal After Historic Roland Garros Triumph, Says Today You Showed Why You Are King of Clay

Happy birthday to the man himself 🎉🎈

Leave your special wishes for @rogerfederer below 👇 pic.twitter.com/nHlGOqaA8G

A shot for each year. #AusOpen wishes @rogerfederer a happy 37th birthday.

One of the fans of Federer thanked him for being a guiding light in his life and wished him best on his birthday.

“Happy birthday Roger Federer. Thank you for being the light in my life. Supporting you is one of the truest joys I will ever know. #happybday #rogerfederer #federer #roger #federer4ever.,” he wrote. 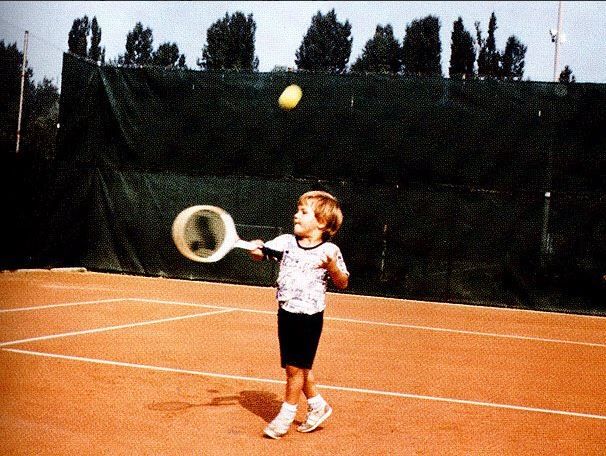 Roger Federer as a kid

Another fan praised the birthday boy for his “magical shots” and thanked him for inspiring people around him.

“@rogerfederer Happy birthday #tennis . The only reason I started watching and playing (lil bit) tennis is because of you, #roger. Your magical shots, #sabr, #dropshots, #tweener and what not. #thanks for inspiring all of us. Have an amazing year #fedex. #thekingoftennis,” he tweeted.

Posting an adorable picture of Federer, one of the admirers wished the former on his special day.

Roger Federer is 37 today. He’s in his 21st year as a tennis professional. He’s spent 310 weeks at World No.1 and won 20 Grand Slam singles titles. He’s still quite good at tennis.

A thread about the G.O.A.T Roger Federer on the occasion of his birthday!!
All about his records, achievements and some unknown facts!!#HappyBirthdayRogerFederer

Federer, who started playing at the age of eight, holds the record of winning most Grand Slam men’s singles championship with 20 titles. He has won a record 33 ATP World Tour Awards including ATP No. 1 five times from 2004-2007 and 2009.