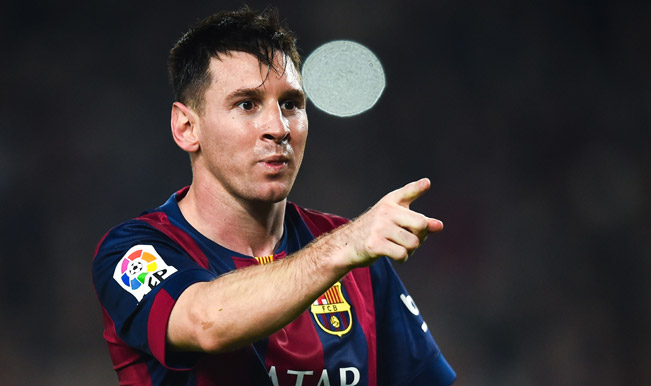 Madrid, Nov 26: FC Barcelona coach Luis Enrique paid tributes to his team’s record-breaking player Lionel Messi, saying the Argentine striker is “the greatest player of all time”. The coach’s praises came after Messi scored a hat-trick in the club’s 4-0 away win against APOEL Nicosia to become the highest ever scorer in the UEFA Champions League. Also Read - UEFA Champions League Draw: It's Messi vs Ronaldo Once Again as Barcelona Gets Drawn With Juventus in Group G

“Messi is the greatest player of all time. He will continue to surprise us all for years to come,” Enrique said on Tuesday. Also Read - Cristiano Ronaldo or Lionel Messi? Most Admired Sportsman in The World Revealed

The Argentinean star’s Barcelona teammate Pedro Rodriguez also joined in by saying that teammate Lionel Messi’s record-breaking feat and new striker Luis Suarez’s first goal for the club will serve as a confidence booster for the rest of the season.

“It’s a great joy, a confidence booster which will bring lots of harmony. It’s really what we want for the team, to be united,” Pedro claimed.

Messi scored a hat-trick and Suarez netted once in the club’s 4-0 away win against Greek club APOEL Nicosia in the Group F clash at the GSP Stadium, Nicosia, Cyprus. The 27-year-old forward, in the process, became the highest ever scorer in the continental competition with 74 goals, surpassing former Real Madrid striker Raul Gonzalez (71).