It was an obvious gaffe as he may have wanted to write, "Brother from another mother".

Pakistan’s out of favour wicketkeeper-batsman Umar Akmal has often found himself at the receiving end of trolls for his social media gaffes often, and Wednesday was nothing different. The 29-year-old cricketer took to Twitter and posted a picture along with former cricketer Abdul Razzaq and captioned it as, “Mother from another brother”.Also Read - PAK vs ENG 6th T20I Live Streaming: When And Where To Watch Pakistan vs England 6th T20I Online And On TV

It was an obvious gaffe as he would have intended to write, “Brother from another mother”. Also Read - PAK vs ENG: Mohammad Rizwan Reveals Babar Azam's Relation With Team

On realising the error, it was soon deleted. But, unfortunately, screenshots were already taken and are doing the rounds on social space. Also Read - PCB To Pay For Shaheen Afridi's Expenses In London After Shahid Afridi's Bold Claims

In no time, the 29-year-old had become a victim of trolls and #UmarAkmalQuote was the top trend in India for a while. 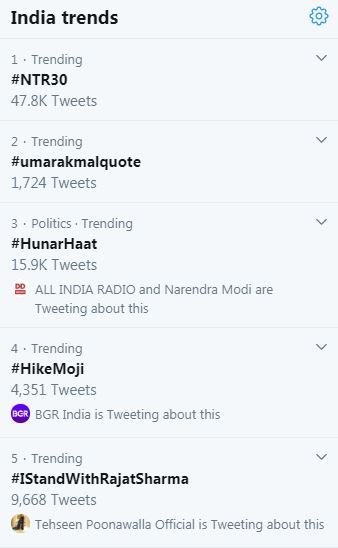 Fans came up with hilarious memes and Gifs to take potshots at the cricketer.

Here is how he got brutally trolled:

I was curious about this trend . And viola .
This guy is awesome #UmarAkmalQuote https://t.co/S71Zjo8l7l pic.twitter.com/JBF6oAZOU2

Not long ago, he has landed in hot water after reportedly misbehaving with staff during a fitness test. At Pakistan’s National Cricket Academy (NCA), Umar has been alleged to have exposed himself after falling short of a fitness standard test.

During the skin-fold test, the wicketkeeper-batsman exposed himself by reportedly asking his trainer, “Where is the fat?”

The matter was reported to the Pakistan Cricket Board (PCB) and he now faces the prospect of being banned from the next domestic season.