Azarenka has fallen out of the top 10 for the first time since September of 2010. 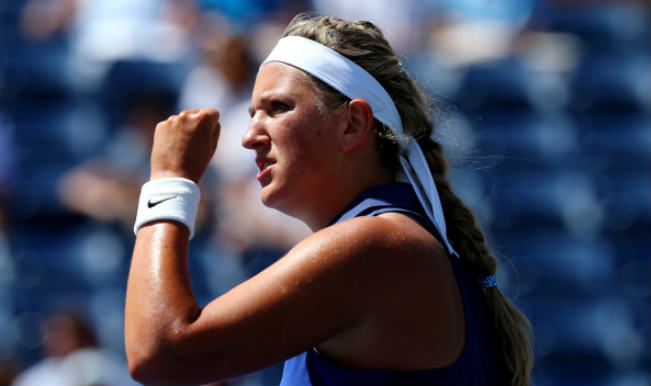 NEW YORK, August 28: Former world number one Victoria Azarenka is ready to put a season of injury behind her, and where better to start than the US Open. Azarenka was a finalist at Flushing Meadows the past two years, falling both times to Serena Williams. Also Read - Rafael Nadal on Australian Open 2022 Participation: Being 100 Percent Honest, Can't Guarantee it

But the Belarusian’s 16th seeding this year is the lowest it’s ever been at the tournament — a sign of the struggles with foot and knee injuries that have cost her much of the season. She’s through to the third round however, following up a scrappy three-set win over Japan’s Misaki Doi with a 6-3, 6-2 victory over 44th-ranked American Christina McHale. Also Read - Third Straight Win For Daniil Medvedev in Nitto ATP Finals

Azarenka had her troubles against McHale. After losing the first three games she won nine on the trot to take control, but she wasted a match-point as she tried to serve it out at 5-1 in the second. After dropping her serve, she broke McHale in the next game, sealing the win with a forehand winner.

But the 25-year-old is tired of talking about her fitness and her frustrations. “I just want to talk about the positive things and what I got out of that (injury absence),” she said.

One unlikely positive? “I had no idea how to spread my toes,” she said, adding that when she mastered the move that should help protect her feet “I went running like crazy down the hallway at my physio’s office.

“We even opened a bottle of champagne for that,” she added. The enforced absence also let her “take a step back” and think about her long-term goals. One thing she realized, her love for tennis remains strong. “Not knowing when I would be able to play, that was the hardest part,” Azarenka said.