Venus Williams is currently participating in the Champions League Tennis for Bangalore Raptors. 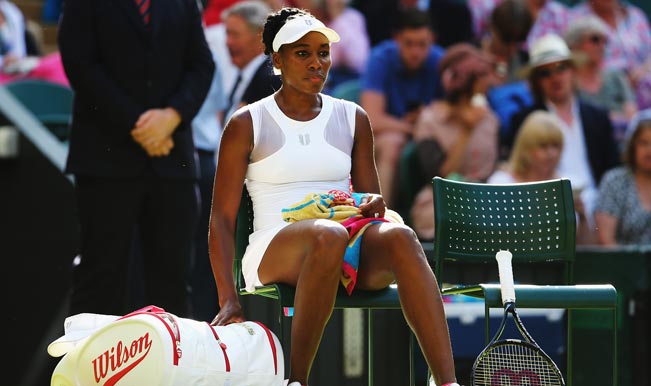 Bengaluru, Nov 19: Many tennis-lovers around the world are all well versed with the multiple Grand Slam winner Venus Williams’ powerful baseline smashes, but many wouldn’t know about her love for Indian food. It won’t be a stretch to say that Venus does harbour a penchant for food after she revealed to tennis enthusiast that Bhindi Masala is her favourite Indian food. Also Read - Malai Kofta Recipe: Here's How to Make This Creamy North Indian Dish

“It has (the diet has changed after arriving in India), but I cheat a lot and don’t feel bad about it. I eat a lot of Indian food. I think my favourite, probably, is Bhindi Masala,” she told in an interaction organised by 94.3 FM Radio-One here today ahead of the Champions Tennis League match against Pune to be played at the Karnataka State Lawn Tennis Association Stadium. Also Read - Captured Chinese Soldier Who Strayed Into Ladakh Handed Over by Indian Army

Talking about Bengaluru, Venus, a former World Number One and is ranked World Number 18 in singles at present, said she had some great memories here and is her favourite city.

“I love Bangalore (Bengaluru). It definitely is my favourite city. I have great memories playing in the city. Now I am playing a professional here. I am playing with the (Bangalore) Raptors and can’t imagine we can lose. We have to bring two wins tomorrow and Friday,” she said. Thomas Enqvist, who was compared to Stefan Edberg and Bjorn Borg, showered encomiums over beautiful Indian women who haven’t yet disappointed him.

“We haven’t been disappointed at all,” Enquist said when he was asked to comment on beautiful Indian women. However, he sheepishly revealed Indian tennis player Ramkumar Ramanathan’s penchant for beautiful women and calling him an expert on the issue.

“We have a women’s specialist in our side- it’s Ram,” he chuckled. The Spaniard tennis star Feliciano Lopez delighted the gathering by speaking Spanish. Later, Ramanathan, along with the entire Raptors’ team, delighted the crowd by dancing to the racy Bollywood and English numbers.