Karnataka beat Punjab by a massive margin of 156 runs at the Sardar Patel Stadium here Tuesday to defend their Vijay Hazare Trophy. 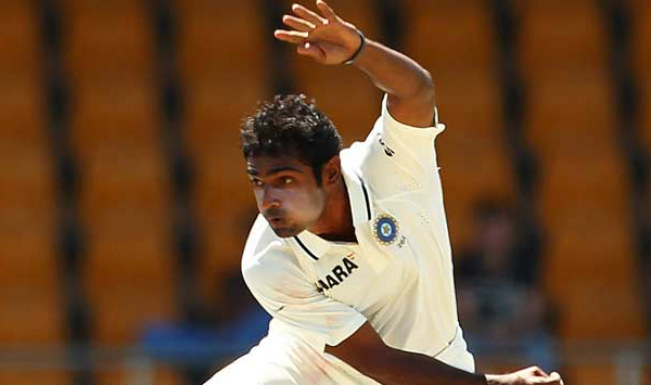 Ahmedabad, Nov 25 Karnataka beat Punjab by a massive margin of 156 runs at the Sardar Patel Stadium here Tuesday to defend their Vijay Hazare Trophy. Chasing Karnataka’s mammoth total of 359/7 in 50 overs, Punjab were bowled out for 203. It was a good toss to lose for the defending champions who had the most fantastic start with opener Robin Uthappa (87) and man of the match Mayank Agarwal (125) striking a significant 162-run opening wicket partnership. Also Read - Riding Without Helmet in Karnataka to Now Cost Three-Month Suspension of Driving Licence | All You Need to Know

The partnership provided the impetus and platform to Karnataka to put on a big score. After Uthappa got out, Agarwal went on to score his blistering century which had 10 boundaries and three sixes. His 125 came only in 100 balls. Karun Nair (86) and Manish Pandey (40) also struck important partnerships to take the team’s total to well beyond the 300-run mark. Also Read - Punjab: AAP MLAs Spend Night in Assembly Premises Over Agriculture Law

Though Karnataka lost several wickets towards the end, the damage had already been done. Baltej Singh and Sandeep Sharma took three wickets apiece for Punjab but were overall expensive. In reply, Punjab had a poor start with Manan Bohra (5) getting out with the team score at 9. However, Amitoze Singh (46) and Mandeep Singh (76) combined well to put an important 82-run second wicket partnership.