The 26-year-old Delhi lad was impressive in his first outing as the Indian skipper against Sri Lanka, beating the islanders 5-0. And now, he seems to be having the time of his life. Both on the professional and personal fronts, he looks composed. 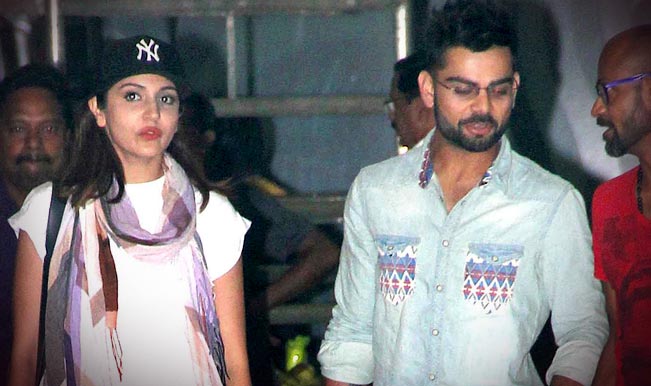 From the cricket stadium to the airports, it is hard to keep the lovely couple Virat Kohli and Anushka Sharma separate. The two were recently spotted at the Mumbai airport, walking out of the premises hand-in-hand and we must say looking extremely secure and comfortable in each other’s company. The duo looked effortlessly chic in their casual avatar! Also Read - KKR vs RCB Dream11 Team Prediction Dream11 IPL 2020: Captain, Vice-captain, Fantasy Playing Tips, Probable XIs For Today's Kolkata Knight Riders vs Royal Challengers Bangalore T20 Match 39 at Sheikh Zayed Stadium, Abu Dhabi 7.30 PM IST Wednesday, October 21

The coming together of Bollywood and cricket has always been celebrated in India and the couple that is making headlines these days is the flamboyant vice-captain of Indian cricket Virat Kohli and Bollywood’s bubbly actress Anushka Sharma. The ‘It Couple’ has been in the news for quite some time over their relationship status, but going by the numerous public appearances they have been making lately, it appears they are now comfortable about the topic. They have moved on from the tag of being called ‘alleged-couple’ to ‘being steady’ in a relationship. Also Read - IPL 2020, KKR vs RCB in Abu Dhabi: Predicted Playing XIs, Pitch Report, Toss Timing, Squads, Weather Forecast For Match 39

The love story of Virat Kohli and Anushka Sharma began on the sets of a shampoo advertisement and slowly translated off-screen as well. The two were spotted frequently but neither of them confirmed anything then. But with the recent incidents of the Indian vice-captain sending flying kisses to his girlfriend from the pitch during the third ODI in Hyderabad to their appearance in the India Super League (ISL) match; it definitely looks like a Rab Ne Bana Di Jodi!

The 26-year-old Delhi lad was impressive in his first outing as the Indian skipper against Sri Lanka, beating the islanders 5-0. And now, he seems to be having the time of his life. Both on the professional and personal fronts, he looks composed. With lady love by his side, Virat Kohli is sure of achieving greater heights, as he looks forward to captaining the side Down Under in the first Test Match in Brisbane from December 4. It will be pretty interesting to see if Anushka would accompany her beau to Australia!