Former Australian skipper Mark Taylor has come out and praised Virat Kohli for the way he marshalled the Indian team in the first Test here, saying the young batsman knows how to play cricket Down Under. 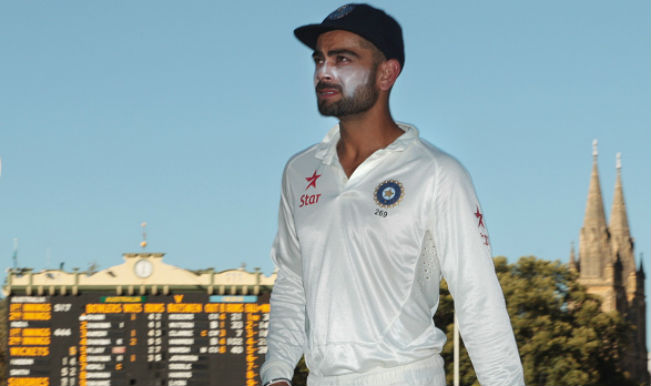 Adelaide, Dec 14: Former Australian skipper Mark Taylor has come out and praised Virat Kohli for the way he marshalled the Indian team in the first Test here, saying the young batsman knows how to play cricket Down Under. The match ended in the hosts’ favour by 49 runs and gave them a 1-0 lead in the four-match series. Also Read - IND vs NZ MATCH HIGHLIGHTS 2nd Test, Day 3 Today Cricket Updates: Ashwin, Top-Order Shine as India Dominate at Wankhede; New Zealand Lose Half-a-Side in 540 Chase

Kohli was the stand-in skipper for the first Test, his first-time leading the Indian team in the longer format, even as Mahendra Singh Dhoni is expected to lead the side in the second Test in Brisbane starting December 17. In becoming only the fourth Indian to score twin hundreds in a Test, the star batsman led from the front as he almost took the visitors to an improbable victory. Also Read - BCCI President, Sourav Ganguly Disappointed With Team India's Performance in T20 World Cup 2021

“I remember speaking with him before the first day’s play (at Adelaide) and he knows what it is like to play in Australia,” Taylor, now a Channel Nine commentator, said after the Test. “He knows you have to stand up for yourself and be prepared to compete in the middle. He has done that not just with his captaincy but also with his bat. I liked the fact that they went for the debutant Karn Sharma in the XI thinking that leg-spinners do well here.

“I liked the intent even though I think R Ashwin would have bowled better than he did. I think this will be a really good Test series. We have almost been waiting for a contest like this. “In 2011, India lost 4-0 here and then Australia went to India in 2013 and lost 4-0. I don’t think that will be the case this time around on the evidence of this first Test,” he added.

Australia returned to top-level cricket with this match after the tragic death of Phillip Hughes. The first three days of the game saw some intense emotional moments. But as the match slowly progressed towards its climax and tensions rose, there were a couple altercations between the players of two sides.

The aggression displayed on the field was perhaps a sign that normalcy has returned to Australian cricket. “I think it was important not just for Australian players to play this match, but also for the Indian players because a few of them went to the funeral too.