Virat Kohli-Led Team India is The Way Ahead? Mystery Around MS Dhoni to No 4 Dilemma, Things We Learnt After BCCI Announced T20I, Test And ODI Squads For West Indies 2019 Tour

India Tour of West Indies: A lot of questioned got their answers and some new questions also came to the fore when chief selector MSK Prasad announced Team India that will tour West Indies for a full series.

India Tour of West Indies: A lot of questioned got their answers and some new questions also came to the fore when chief selector MSK Prasad announced Team India that will tour West Indies for a full series. Now that the World Cup hangover is over, it is time for India to start afresh for the upcoming T20 World Cup. The beginning to all that would be in the West Indies and hence the selection for the series was the key to get a hang of how the selectors are thinking. No doubt, the selection showed that there was a lot of thought put in by Prasad and Virat Kohli who would be leading the side. Also Read - CSK vs RR 2020, IPL Match Report: Jos Buttler, Bowlers Guide Guide Rajasthan Royals to Seven-wicket Win Versus MS Dhoni-led Chennai Super Kings

Looking Forward: The selection of the T20I squad showed glimpses about the thought process, and it looks like it is in the right direction. The Chahar brothers and Washington Sundar along with Krunal Pandya are T20 specialists and to see them all get picked for the West Indies tour reflects the thought of the selectors. Navdeep Saini is a young, promising talent and to see him get fast-tracked into the Indian side indicates that Team India is looking to be aggressive. Bumrah has been rested, he will obviously be there in the World Cup next year. That will make India a formidable and balanced line-up. Also Read - IPL 2020 MATCH HIGHLIGHTS CSK vs RR Match 37: Buttler Slams Fifty as Rajasthan Beat Chennai by 7 Wickets

Mystery Around MS Dhoni snowballs: After the 50-over World Cup, the speculation of a possible retirement started doing the rounds. Soon, his manager confirmed that Dhoni was not thinking on those lines and one felt that was it, he was playing. Then, Dhoni made himself unavailable for selection for the West Indies tour in order to serve his army regiment. Rishabh Pant is considered to be a great T20 batsman, and with him getting picked for the T20Is in West Indies, how is the Team thinking is a little unclear. The question that comes up is is Dhoni saving himself for one last gasp at the World Cup next year and call it a day then? Also Read - Chennai Super Kings Captain MS Dhoni Becomes First Cricketer to Play 200 IPL Matches

No Split Captaincy: The talks were that there was a rift between Rohit Sharma and Virat Kohli and split captaincy could be an option looking ahead. But Prasad has made it clear that Kohli would be leading Team India in all the three formats. 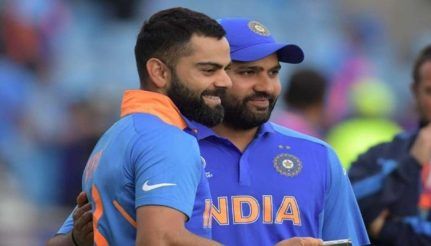 Team India Over Rayudu: Move over Ambati Rayudu because it looks like MSK Prasad has! India is looking for newer options at No 4 and hence Manish Pandey and Shreyas Iyer have made it. Both the players have had splendid seasons and looks like the time is ripe for them to take it on. 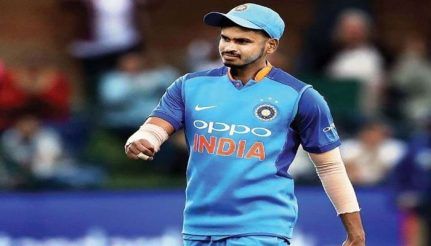 But what about Shubman Gill?: It seems like the selectors did not find a place for young Shubman Gill. Maybe had Kohli opted to sit out, he could have been drafted. With Kohli around, one feels that he does not fit in as they come across a similar kind of players in terms of the role with the bat.