The first Test begins in Brisbane on the 4th of December. 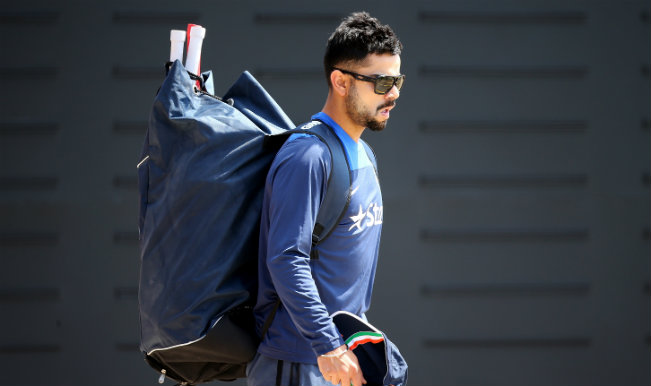 Indian batsman Virat Kohli expecting aggression from Australia as preparations begin for Test series in Adelaide on Sunday. The Indian cricket team has arrived in Australia and has begun its preparation for the coming four-Test series. The team trained on Sunday in Adelaide before its first tour match – at two day game against an Australian XI. Captain Virat Kohli said all the players in the squad were fit, if suffering a lit bit of jet lag, but needed to prepare mentally for the coming series.

“We`re mainly focusing on, getting the guys ready mentally, because they are good enough to tackle any sort of bowling in any conditions, so it`s just about getting them there mentally and keeping them at the same level throughout the series,” Kohli said. While acknowledging the performance of Australian fast bowler, Mitchell Johnson, who terrorised English batsmen last summer, Kohli said the Indian batsmen would be able to deal with him.

“He`s (Johnson) been performing really well, credit to him for doing all that. You know, we are equipped enough to tackle him on these pacy and bouncy wickets. So, I don`t see any good reason why we can`t come up and put up a good fight.” Test series between Australia and Indian have been fiery affairs in the past and Virat Kohli is expecting another aggressive contest, but he promised that the Indian`s wouldn`t be taking a backward step.

“I`m certainly expecting it (sledging) again. I had quite a bit of it last time but I loved it. You know, once you perform in those conditions, the guys, the people love you here and they love a good fight. As I said, we`re here to play aggressive cricket, play the brand of cricket that Australia plays themselves. You know, they can expect a lot of fight backs on the field, you know, with the bat. You know, there`s going to be more aggression this time around with the whole squad and it`s all about going out there and being in that situation and not backing off.” The first Test begins in Brisbane on the 4th of December.