The wedding reception of Indian cricketer Harbhajan Singh and Geeta Basra saw a host of celebrities.

The wedding reception of Indian cricketer Harbhajan Singh and Geeta Basra saw a host of celebrities. Leading the stars guest list were mostly Bhajji’s cricketer friends as we as Bollywood celebs. One of the most notable guests of Harbhajan was Indian Test captain Virat Kohli who walked in minus his actress girlfriend Anushka Sharma. While it was quite an absence, the dashing Delhi batsman was seen enjoying himself that was quite evident from the pictures. Also Read: MS Dhoni’s wife Sakshi shows off sexy avatar in Harbhajan Singh wedding reception! See Pictures. Also Read - Devdutt Padikkal Wants to take Domestic Form into IPL 2021

Harbhajan Singh and Geeta Basra hosted a lavish wedding ceremony at the Hotel Taj Palace in New Delhi. With more than 1000 guests invited, the evening turned out to be a gala affair. Virat Kohli was one of the star attractions on the newlywed couple’s special occasion. From posting selfie with Harbhajan to having a blast the entire evening, it rarely looked like the 26-year-old cricketer missed his ladylove. Also Read: Virat Kohli & Anushka Sharma’s marriage on cards: Couple pictured with Anushka’s dad on lunch date! Also Read - Nitish Rana-Harbhajan Singh Enthrall Fans With Punjabi Song After KKR Beat SRH in IPL 2021 in Chennai | WATCH VIDEO

We know Anushka Sharma is currently shooting for Karan Johar’s directed Ae Dil Hai Mushkil but her absence definitely raised few eyebrows. According to the reports Anushka had even refused to attend Harbhajan and Geeta Basra’s marriage with Virat after he postponed their marriage plans to focus on his cricketing career. Meanwhile, the actress had denied the marriage plans. Also Read - Harbhajan Singh's Heartwarming Gesture Towards Mohammad Nabi During SRH vs KKR IPL 2021 Game is Spirit of Cricket | WATCH VIDEO 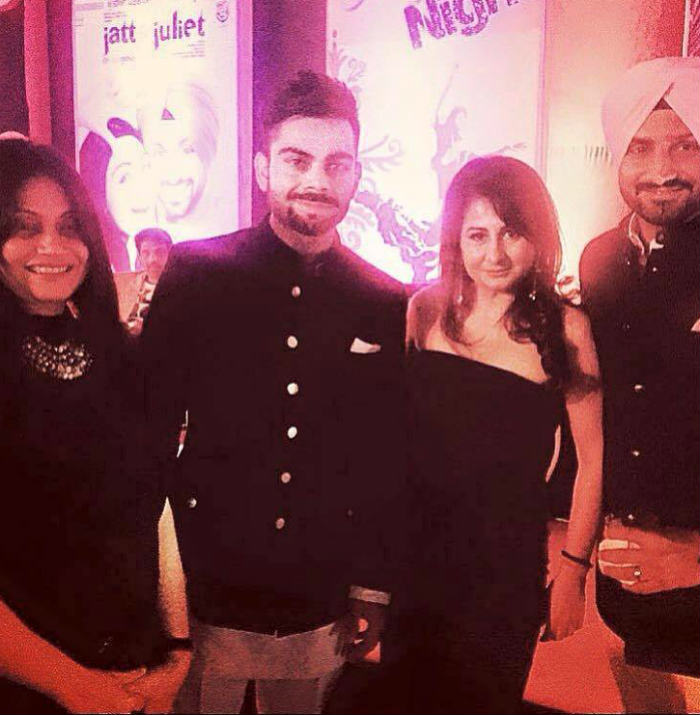 The actress’ publicist in an email statement clarified “There is no truth to the stories/rumours about Anushka Sharma’s impending wedding. Currently she is busy and happy with her work commitments. She has always been open about her life and would appreciate it and request everyone to wait for her to make announcements about her life instead of speculating.” 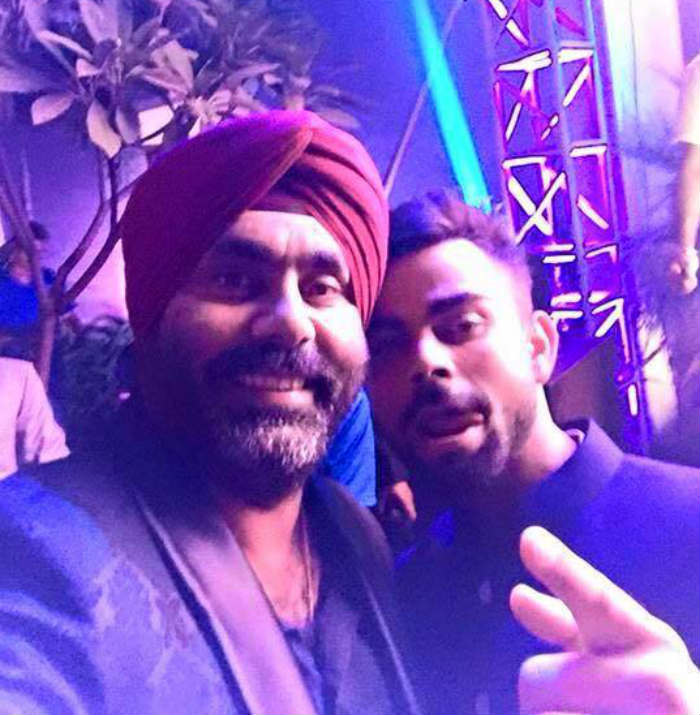 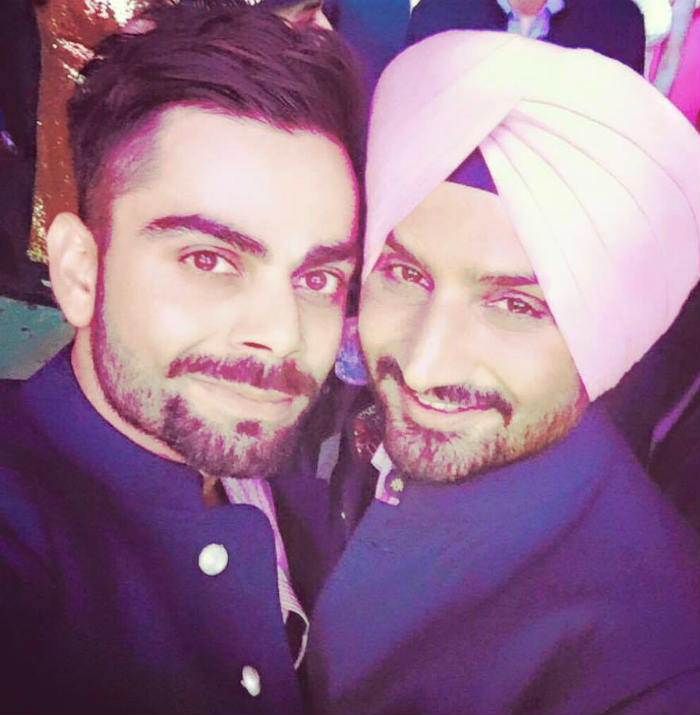 In fact Anushka Sharma following her boyfriend’s footsteps also posed in a lovely selfie along with the Ae Dil Hai Mushkil cast. Director Karan Johar posted an awesome picture of himself taking a selfie with Anushka, Ranbir and Aishwarya from the movie sets. We hope lovely Anushka remains all smiling just like she does in the photograph.