Indian batsman Rohit Sharma’s marriage with Ritika Sajdeh has become the talk of the town.

Indian batsman Rohit Sharma’s marriage with Ritika Sajdeh has become the talk of the town. After all, the grand wedding ceremony saw the biggest of celebrities in attendance. The pictures from both wedding and pre-wedding parties captured a lot of attention especially the ones of Indian Test cricket team captain Virat Kohli striking a pose with superstar Salman Khan at the reception and with beautiful diva Aishwarya Rai Bachchan during the star-studded bash thrown by Mukesh Ambani a day before Rohit’s wedding. ALSO READ: Virat Kohli & Sonakshi Sinha dance at Rohit Sharma-Ritika Sajdeh’s sangeet ceremony: See Picture Also Read - Bigg Boss 14 Promo Out: Salman Khan Reveals New Logo of The Show | Watch Here

Rohit Sharma recently tied the knot with his long time girl friend Ritika Sajdeh on December 13th at Taj Lands End in Bandra, Mumbai. The wedding was one of the most star studded events in a long time and was followed by an equally grand reception. And the celebrations started off with Indian business tycoon Mukesh Ambani throwing a huge party for his Mumbai Indian players Rohit and Harbhajan Singh. ALSO SEE: Rohit Sharma-Ritika Sajdeh get hitched! View reception pictures of the newly-wed couple. Also Read - Indian Cricket Team Kit Sponsorship: Puma Buys Bid Document, Adidas Too Could Enter fray 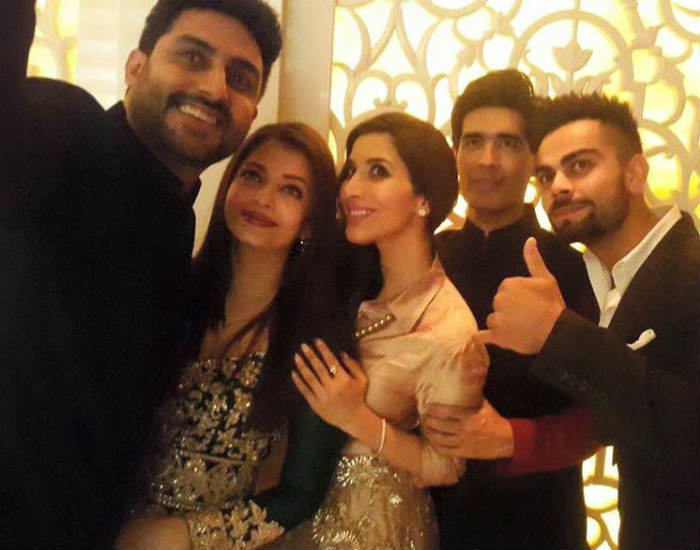 Meanwhile, the reception again brought together the lovely combination of Bollywood, page 3 celebrities and our very own Indian cricket team. Sachin Tendulkar was also present at the wedding to shower the newlyweds with his blessings. The pictures of the wedding and reception were recently released online where we were all pleasantly surprised to see our very own Salman Khan strike a pose with Delhi batsman Virat Kohli. The actor was seen in a newer version of the Sultan look and was sporting his signature plain shirt while Virat looked all happy and glee in his blue suit. It was delighting to see the “naughty” guys of the film and cricket industry come together. ALSO READ: 14 Rohit Sharma & Ritika Sajdeh madly in love pictures ahead of wedding are simply sweet! 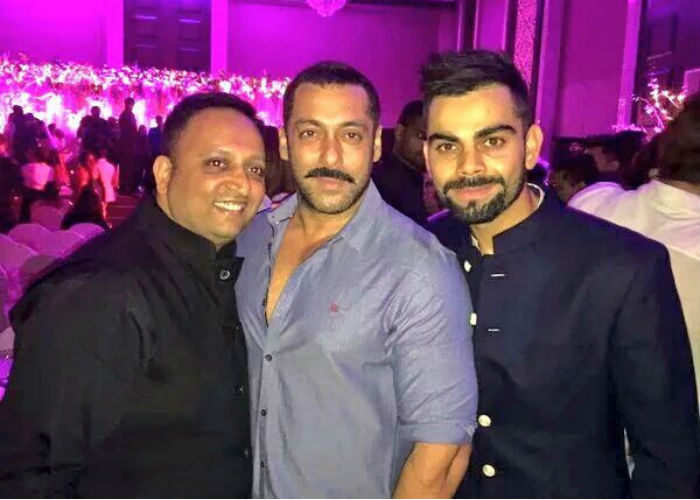 It is prominent that both have been a part of controversies for a very long time and both focus on their work much more than the controversies, to add to it both are currently at a very good position in their respective fields. While Salman is busy celebrating his freedom from on case and shooting for his next year release, Sultan, Virat is currently on a break after leading the Indian Cricket team to a historic win in the test matches of the Freedom series.