Five-time world champion Viswanathan Anand drew with old foe Vladimir Kramnik of Russia in the fourth round of Shamkir Chess 2015, held in the memory of Grandmaster Vugar Gashimov. 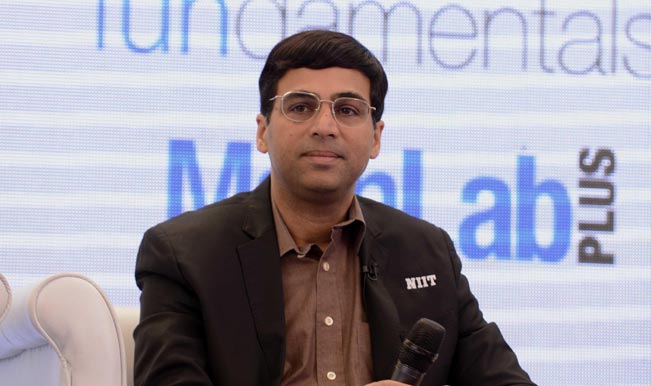 Shamkir (Azerbaijan), Apr 20: Five-time world champion Viswanathan Anand drew with old foe Vladimir Kramnik of Russia in the fourth round of Shamkir Chess 2015, held in the memory of Grandmaster Vugar Gashimov. With his fourth straight draw in one of the strongest tournament of the year, Anand maintained a fifth per cent score but the Indian will need some victories in the remaining five rounds if he has to come closer to the leading group. Also Read - FIDE Chess Olympiad 2020: India Clinch Historic Gold, Russia Declared Joint Winners After Server Malfunction

Wesley So of United States continued with his rampaging act in the tournament and cruised to his third victory in four games at the expense of lowest ranked Rauf Mamedov of Azerbaijan. Wesley took his tally to an astounding 3.5 points out of a possible four and is now trailed by World champion Magnus Carlsen of Norway who moved to three points following a draw with Michael Adams of England. Also Read - Legends of Chess: Viswanathan Anand Suffers Eighth Defeat to End Disastrous Campaign

Kramnik, who has scored one victory besides three draws, remained in sole third position on 2.5 points while Anand remained on joint fourth spot on two points along with Maxime Vachier-Lagrave of France. Anish Giri of Holland, Fabiano Caruana of Italy, Shakhriyar Mamedyarov of Azerbaijan and Mamedov share the sixth spot on 1.5 points while Adams on one point is in last position in this 100000 Euros prize money tournament being played under round-robin basis.

Anand has a long history with Kramnik and this was another usual day in the office for the Indian ace. Up against the Catalan opening, Anand did not have to exert himself too much in the opening as Kramnik went for a piece sacrifice early and recovered it leading to an equal endgame. Anand quickly reached the minor piece ending and he just had to find a few good moves to keep white forces at bay. Once done, the opposite coloured Bishops were on board and the draw was a just result in 38 moves.

Wesley So is showing his true mettle after a forgettable US championship that he finished just days before coming here. So downed Mamedov his brilliant endgame skills after fighting out the Sicilian Accelerated Dragon early in the opening. Mamedov allowed dangerous passed pawn on the queen side that proved decisive. In other games of the day, Anish Giri played out a draw with Mamedyarov while Maxime Vachier-Lagrave signed peace with Fabiano Caruana.