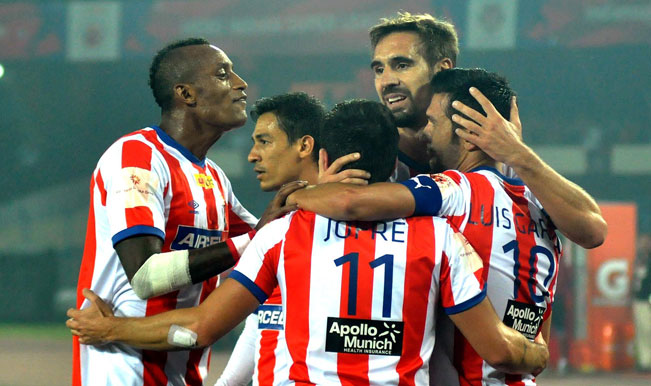 Antonio Habas’ side were knocked off their perch in the league table for the first time last Thursday after Chennaiyin FC defeated FC Pune City 3-1. The Kolkata outfit can reclaim their top spot with a point but focus will be on securing all three points and scoring as many goals as possible in the process. Also Read - ISL 2020-21: Jamshedpur FC Sign Seasoned Goalkeeper TP Rehenesh

Atletico currently have 16 points from nine matches and come into this clash after putting an end to their four-match winless run. Marquee player Luis Garcia headed the winner in the 52nd minute helping his side secure a narrow 1-0 win over NorthEast United FC. However, things will not be easy for the team co-owned by Sourav Ganguly as they face a fully revived Kerala Blasters FC.

David James’ side are over their dismal start to the competition and have gone unbeaten in their last four matches; winning twice. Penn Orji’s strike helped them beat Delhi Dynamos FC 1-0 in their previous fixture to push them upto third place in the table. The Blasters are looking to close the gap on the top two teams and another win in front of their supporters will reduce the deficit to just one point.