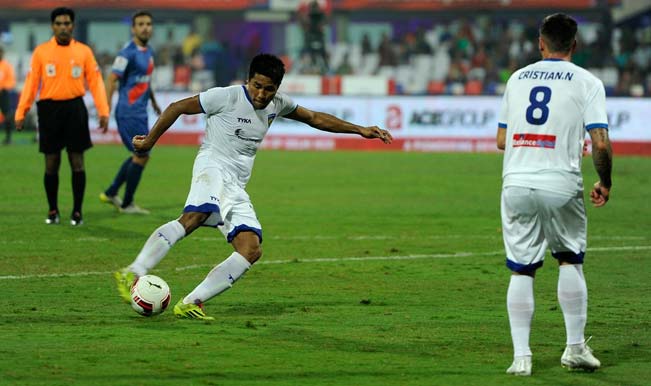 After a strong start, the Highlanders have suffered a dip in form and find themselves at the bottom of the points table. They have managed to win just one out of their last nine matches and come into this clash after suffering back-to-back defeats against Atletico de Kolkata and Delhi Dynamos FC. With just four matches left, NorthEast United FC have a difficult task and need to take maximum points if they are to secure a semi-final berth. Also Read - East Bengal Head Coach Robbie Fowler Promises to Treat Each Player Equally

Chennaiyin FC have risen to the top of the points table and come into this clash registering a 3-0 victory over Mumbai City FC. Without the injured trio of Elano, John Mendoza and Gouramangi Singh, they trumped Peter Reid’s side at the DY Patil Stadium last Sunday. Marco Materazzi will be hoping for a similar performance from his players as they need to breach the 24-point mark in order to secure a guaranteed semi-final place.

Chennaiyin FC and NorthEast United FC played out an exhilarating 2-2 draw in the reverse fixture at the Jawaharlal Nehru Stadium in Chennai.