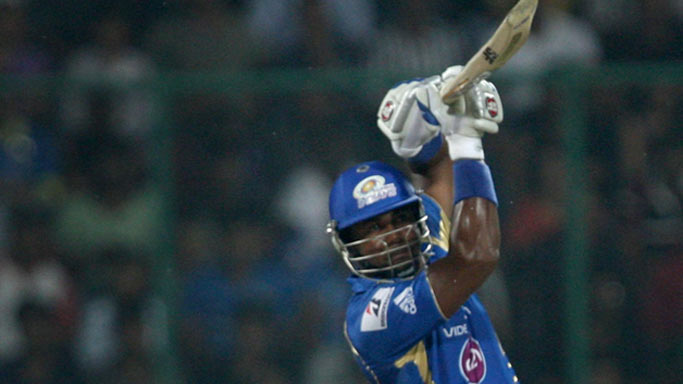 Defending champions Mumbai Indians take on Kolkata Knight Riders in the first match of Indian Premier League (IPL) 2014. MI is led by Rohit Sharma while KKR is captained by Gautam Gambhir who tasted success in the 2012 edition of IPL. The match is being played at at Abu Dhabi. Also Read - Virat Kohli Not a Bad Captain But Rohit Sharma is Better, Difference Between Them is Huge: Gautam Gambhir

IPL 7 promises to be a closely fought affair as the auctions early in 2014 now sees several any iconic players find themselves in new company. Most of the players have been regulars in the Indian Premier League (IPL). Also Read - India vs Australia 2020: Shubman Gill Looking Forward to The Tour But Hasn't Set Any Personal Goals

Mumbai Indians will commence their season for the first without their talisman and city icon Sachin Tendulkar but with some key additions like Mike Hussey and Corey Anderson, they would look to repeating last year’s winning performance. Also Read - BCCI Earned Rs 4,000 Crore From IPL 2020, Viewership Increased by 25 Per Cent

On the other hand, Kolkata Knight Riders have made some very smart buys this year. They have brought in Australian pacer Pat Cummins and Indians Piyush Chawla and Umesh Yadav to strengthen their bowling which was a major issue last year. After winning in 2012, the Kolkata Knight Riders failed to impress in last season’s edition of the IPL as they failed to qualify for the playoffs and finished a disappointing seventh in the nine-team league.

For viewers in India, http://www.starsports.com/cricket/index.html and http://www.iplt20.com/ are broadcasting the match on mobile and internet.

In USA and Canada –www.willow.tv and Rogers would respectively broadcast the tournament. IPL Fans can watch the Live Streaming of Mumbai India vs Kolkata Knight Riders IPL 2014 Match No. 1 on these sites.