We can do a better job with bat in second innings, says Ravichandran Ashwin

Ravichandran Ashwin exuded confidence that the visitor's would do a better job with the bat in the second innings of the fifth and final cricket Test. 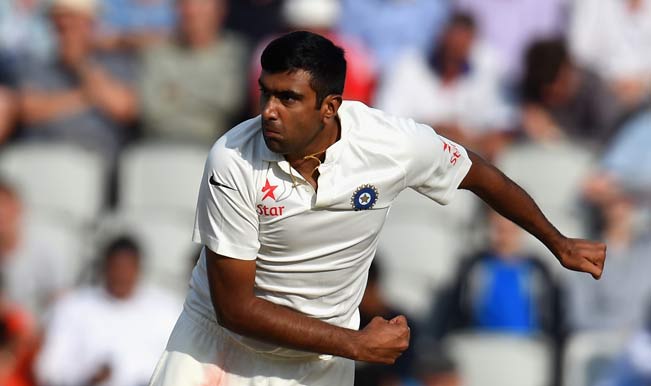 Also Read - India Records Over 1.6 Lakh Cases in Last 24 Hours, Surpasses Brazil to Become Second Most COVID-hit Country After US

London, Aug 17: India is staring at yet another humiliating defeat in the series as England took a big 237-run lead in the first essay, but off-spinner Ravichandran Ashwin exuded confidence that the visitor’s would do a better job with the bat in the second innings of the fifth and final cricket Test here. Also Read - Sports Minister Kiren Rijiju Inaugurates Rowing Centre in Srinagar

With an embarrassing sequence of batting failure in the series, it would now take a Herculean effort from the beleaguered Indian batting line-up to save the match with three full days play still remaining.

“The sun came out and the pitch had flattened out a bit. We toiled through the day (yesterday) and gave our best.

It is about confidence at the end of the day and also enjoying the game we all love so much,” Ashwin said at the press conference after the second day’s play yesterday.

“So, we were talking in the field that we can do a better job in the second innings. Everybody has a bad day.”

Ashwin picked up two wickets in the post-lunch session yesterday as England slumped from 191 for one to 204 for four and it appeared as if India might be able to wriggle their way back into the game.

He was at the centre of action in that period of play picking his first overseas Test wicket since 2011-12. It is only his third Test since India started touring last December.

“While I was out of the playing eleven, I have worked on my action a bit more. I am trying to get more side-on. I also try and stay as balanced as possible and have been working at these small details,” said Ashwin, who took two wickets for 55 runs so far in the innings.