West Indies look to pace to even series

We haven't been doing that. Our bowlers have been doing a fairly good job so if they can continue to do that, our batters can have some confidence going into this match," Ramdin pointed out. 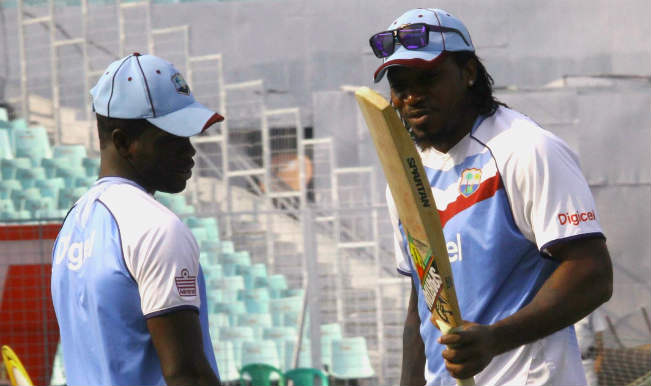 Port-of-Spain (Trinidad), June 16 : The West Indies are likely to go with a three-pronged pace attack in the second Test against New Zealand as they seek to rebound from last week’s heavy defeat and level the series. The West Indies were hammered by 186 runs inside four days in the first Test at Sabina Park in Kingston Wednesday, and will look for a victory at Queen’s Park Oval to stay alive in the three-Test rubber, reports CMC.

While they fielded two seamers and two spinners in the opening Test, captain Denesh Ramdin hinted on the eve of the Test Sunday that they could play a lone spinner as they looked to boost their fast bowling options. “Looking at the pitch, it looks like a little more grass than Jamaica so we may have to make some changes to our spin department,” Ramdin told reporters. “Come tomorrow, (it) depends on how (Shane) Shillingford feels – he has a little niggle – and how (Sulieman) Benn is feeling. The fast bowling unit we have is bowling well so may be we’ll get one extra fast bowler and try to get some wickets.”

This means that either Shannon Gabriel, who has already played six Tests, or the uncapped Jason Holder, could come in to the XI, joining the new ball pair of Jerome Taylor and Kemar Roach. Taylor, playing his first Test in nearly five years last week, looked impressive in both innings while Roach, returning after a year’s layoff due to injury, was penetrative in the second innings.

Though changes to the bowling department seem imminent, Ramdin stressed it was the West Indies batting which needed attention. Selectors have dropped experienced stroke-maker Marlon Samuels and opener Kieran Powell and included the uncapped pair of Leon Johnson and Jermaine Blackwood.

Ramdin said whatever batting line-up was employed, West Indies needed to spend time at the crease and cash in on opportunities. “We are one down in the series. We know how important it is for our batsmen to put the runs on the board and we keep stressing that. We haven’t been doing that. Our bowlers have been doing a fairly good job so if they can continue to do that, our batters can have some confidence going into this match,” Ramdin pointed out.

“The younger players will have to step up, (Darren) Bravo, (Kirk) Edwards, young (Kraigg) Brathwaite, those are the ones for the future and hopefully they can take this opportunity to stamp their authority and get some runs this game. “We’ve looked at some footage for the last couple of days. We talked about the opposition, how patient they were as bowlers. They ran in and bowled in good areas. I think we as batters need to spend more time at the crease and hopefully we can do that this game. We know they may come with a different attack depending on the pitch but we are prepared for that as well.”

West Indies batted poorly in both innings of the Jamaica Test, posting totals of 262 and 216, while the Black Caps amassed over 508 in their first innings, to put them under pressure. While the visitors batted slowly, Ramdin said there was much to be learnt from that experience.

“There’s no pressure but in terms of our batting, we need to get our batters right. First innings will be very important. In the last Test, if we had gotten 75 to 80 runs more in our first innings it would have been quite a different game,” Ramdin noted. “They wore us down. They batted with a lot of patience. On the first and second day I thought it was a very good batting track and the third and fourth day was when the ball did a bit in terms of spin a their spinners exploited it more than us.” Though trailing in the series, Ramdin said the players were all still highly motivated. “We’re looking forward to it. All the players are keyed up. The game in Jamaica has gone and we’re looking forward to this game,” he said.