Captain Denesh Ramdin has said the West Indies had been guilty of not capitalising on positions of strength, and had also failed to cope with the pressure Australia created during the opening Test at Windsor Park. 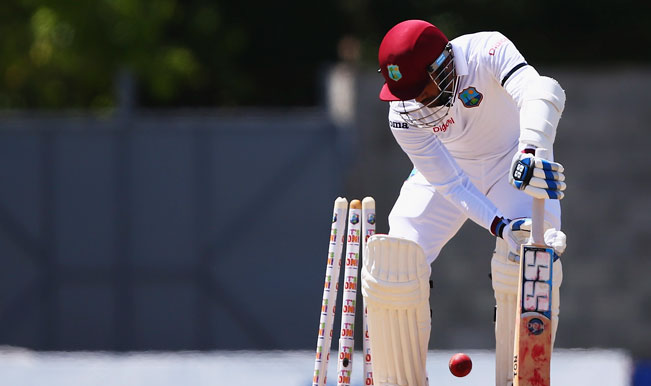 Roseau (Dominica), June 6: Captain Denesh Ramdin has said the West Indies had been guilty of not capitalising on positions of strength, and had also failed to cope with the pressure Australia created during the opening Test at Windsor Park. West Indies slumped to a nine-wicket loss here on Friday after suffering yet another batting capitulation. Trailing by 170 runs on first innings, the Windies were 181 for three at one stage just prior to tea but lost seven wickets for 35 runs to be all out for 216 in their second innings, reports CMC. Australia raced to their target of 47 in just five overs, for the loss of David Warner for 28, to complete victory inside three days.

“We’ll try and take the positives out of this game and move forward. As I said, they are a good unit and we need to play a lot tougher cricket. When we are in positions of strength we need to carry that on. That partnership with Marlon (Samuels) and young (Shane) Dowrich, if they could have taken it to maybe 200 (that would have been good). It’s a very difficult pitch to start [but] guys who got starts went on. You saw Adam Voges, he got that start and he made a big hundred for his team. They swung the ball, they bowled good areas, they created pressure which they normally do and we didn’t handle that pressure as well as we could have,” Ramdin explained.

The day was highlighted by excellent half-centuries by Samuels who hit a top score of 74 and debutant Dowrich, who stroked 70. They put on 144 for the fourth wicket to pull West Indies around from 37 for three inside the first hour, when Darren Bravo perished for five in the sixth over of the day. Once Dowrich fell nine minutes before tea, however, the innings went into rapid decline with no other batsman getting past 12. Ramdin pointed out that the West Indies’ problems had stemmed from a poor first innings performance.

“It’s not the start that we wanted. We didn’t bat as well as we could’ve in the first innings. We made 148 on a good pitch and then we had them with nine wickets down [for 221] but that partnership for the last wicket (97 between Adam Voges and Josh Hazlewood) took it away from us. Marlon Samuels and young Dowrich batted really well but that hour before and after the tea break is where we lost the game,” he explained.

Ramdin also batted away suggestions that the West Indies should have bowled first.

“We decided once we won the toss we were going to bat. That was no excuse, we batted poorly. Our shot selection wasn’t up to standard.”

The West Indies face Australia in the second Test at Sabina Park in Jamaica starting next Thursday.