Watch the Free Live Streaming of the first Test match between West Indies and Bangladesh at Kingstown on Friday. 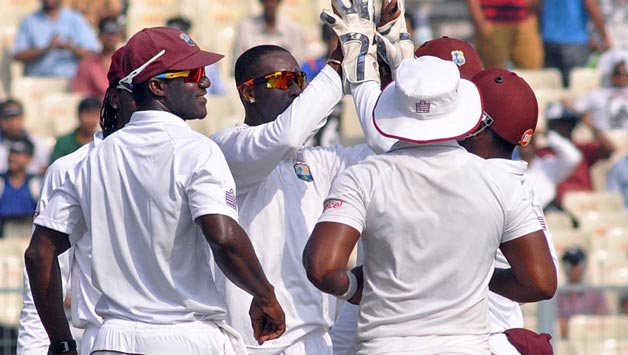 Also Read - If Chris Gayle is in Your Playing 11, He Has to Open the Batting: Gautam Gambhir

Watch the Free Live Streaming of the first Test match between West Indies and Bangladesh at Kingstown on Friday. Bangladesh captain Mushfiqur Rahim won the toss and put the West Indies in to bat on the opening day of the first match of the two-Test series at the Arnos Vale Stadium on Friday. Also Read - Fresh List of Countries Indians Can Travel to

West Indies omitted fast bowling all-rounder Jason Holder and spinner Shane Shillingford from the final XI and will therefore be relying again on Sulieman Benn as the frontline spinner, a role he performed admirably in the three-Test series against New Zealand two months ago. Also Read - Breaking: India Makes RT-PCR Test Must For Passengers From 7 More Countries Amid New Strain Fear

Shannon Gabriel, the fastest of three pacers in the line-up, and middle-order batsman Jermaine Blackwood, return to the team after being dropped following the second Test against the Black Caps in Trinidad. Having been swept 3-0 in the One-Day International series preceding the Tests, Bangladesh are playing two debutants in off-spinning all-rounder Shuvagata Hom and left-arm spinner Taijul Islam.

At the venue where they pulled off an historic victory in the corresponding Test five years ago, the tourists have packed the side with batting in hopes of blunting the threat of a much stronger West Indies side than the one they faced in 2009.

Do not miss out on the live action of the match. The battle between two of the weaker sides is as interesting as it can get. The telecast of the series in India will be on Ten HD and Ten Cricket. You can catch all the action here

(with inputs from AFP)