West Indies vs Bangladesh 2014: Chris Gayle out of 2nd Test at Gros Islet 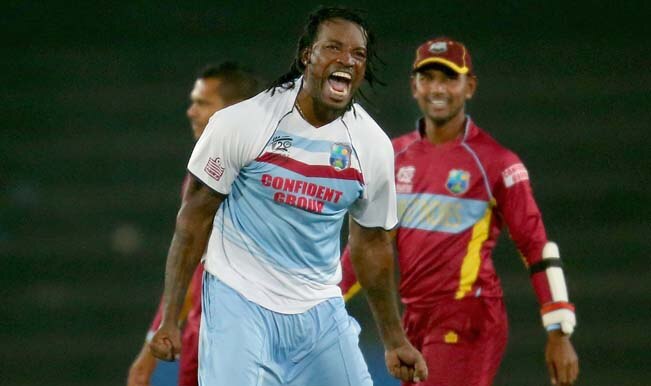 Gros Islet (St. Lucia), Sep 12: The West Indies will have to do without talismanic opener Chris Gayle for the second and final Test against Bangladesh starting Saturday at the Beausejour Cricket Ground. The left-hander was not named in the 13-man squad announced late Thursday, with Guyana left-hander Leon Johnson called up as a replacement, reports CMC. Also Read - WI vs AUS 2021: Alex Carey to Captain Australia After Aaron Finch Misses Out Due to Injury

A West Indies Cricket Board (WICB) release said Gayle had been unavailable for selection. “He has been given permission to deal with a personal matter,” the release said. Gayle is one of the squad’s most experienced batsmen with 7,214 runs in 103 Tests. He scored 64 and nine not out in the first Test against Bangladesh which the West Indies won by 10 wickets. Also Read - Highlights West Indies vs Australia As It Happened, 5th T20I Match: Lewis' Blitz Powers Hosts to a 16-Run Win

Johnson, meanwhile, is yet to play a Test despite being on the verge of the squad in recent times. His inclusion is the only change to the squad from the first Test.