According to experts, the 44-year-old, Vishwanathan will be in dicey situation on whether to attack or play cautious in this crucial tie. 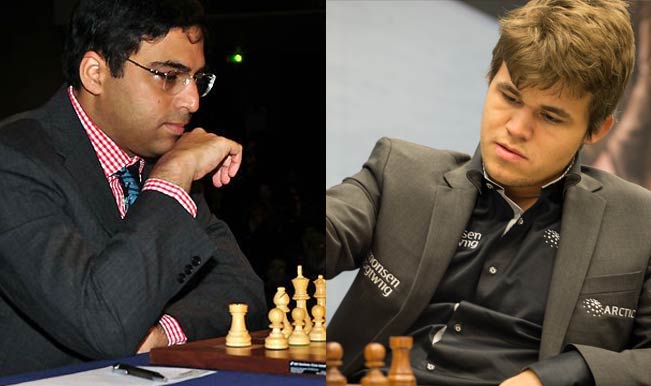 The crucial 11th Game of the World Chess Championship between Indian ace Viswanathan Anand and current World Champion Magnus Carlsen is all set to commence at 5:30 pm IST in Sochi, Russia on Sunday. Needing just a point – one win or two draws – from the next two rounds, Carlsen is currently in the driver’s seat leading the table with 5.5 points to Anand’s 4.5.  The first player to score 6.5 will be crowned World Champion. In the 11th round Sunday, Anand is expected to play it safe and settle for a draw and take a shot at the title in the tie-breaker. You can catch watch the game 10th game live from Sochi below. Also Read - Legends of Chess: Viswanathan Anand Suffers Eighth Defeat to End Disastrous Campaign

According to experts, the 44-year-old, Viswanathan will be in dicey situation on whether to attack or play cautious in this crucial tie. Many view that the dice is not heavily loaded in favour of Carlsen and there is a good possibility of Anand equalising the score and going for the tie- breaker. But the equaliser is expected to happen from Anand’s side only in the final and 12th round when he plays with white pieces. Also Read - Legends of Chess: Viswanathan Anand Loses to Ding Liren, Slumps to Seventh Defeat

The Sunday game is expected to be tough for both the players as many believe the defending champion Carlsen’s quality of games have not been that great this time around. And Viswanathan Anand will have to believe he can defeat Carlsen.