The 10th game between Carlsen and Anand concluded in 32 moves and the Norwegian still holds a one-point advantage going into the final two games. 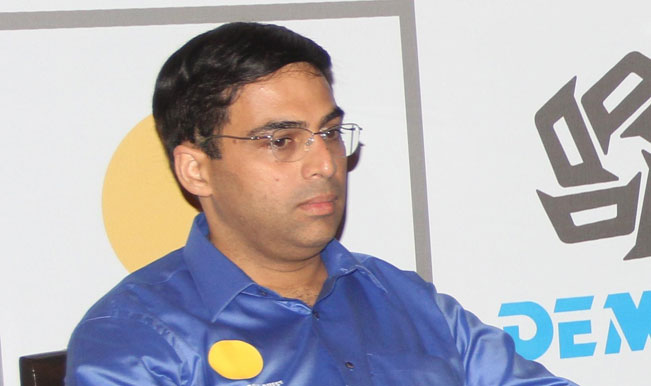 Sochi (Russia), Nov 21: Five-time world champion Viswanathan Anand failed to break the ice and played out another draw in the tenth game of the world chess championship, here today. With the seventh draw in ten games, Anand continued to trail Carlsen by a full point and the Norwegian is now just one point away from retaining the crown he won last year against the Indian ace. Also Read - Legends of Chess: Viswanathan Anand Suffers Eighth Defeat to End Disastrous Campaign

For the records, the scoreline now reads 5.5-4.5 in Carlsen’s favour and he plays white in the penultimate game of the 12-games match slated on Sunday. Anand, with white, yet again tried but could not break through the way he wanted and the opinion of the experts was divided if the tiger from Madras could have pushed for more. Also Read - Legends of Chess: Viswanathan Anand Loses to Ding Liren, Slumps to Seventh Defeat

Taking the match situation in to account, Anand went for the blood right from the word go but yet again found Carlsen adequately prepared in one of the topical variations. It was a mild surprise when Carlsen started with the Grunfeld defence, to leave the Indian think-tank guessing on his openings. It may be recalled that Carlsen had played this opening in the first game of the match and had suffered a little before finally pressing for a victory that did not come his way.

Team Anand, it seems had been expecting a recurrence if the speed at which Anand executed his first few moves was any indication. Anand was following a game played by one of his seconds – Radoslav Wojtaszek – here and many believed that the Indian had an idea in store somewhere in the middle game that promised to be exciting.

However, as the game progressed, Carlsen was the one who came up with a new move and his speed was better than Anand in the middle game. The Norwegian retained his lead on the clock and gave little away even when the various engines suggested that Anand was probably more than slightly better.

“Unfortunately Anand decided not to go for sharper positions when he had a chance. It allowed Magnus to equalise,” said Susan Polgar, a former women’s world champion in one of her tweets.

As it happened in the game, the pieces kept changing hands and the players reached a rook and pawns endgame fairly quickly than many had expected. Anand decided not to push for more in a fairly level position and the draw was a just result in just 32 moves. With just two games to come, Anand will now have to pin his hopes on the final game if he can draw the next one when he plays black.

The title seems to be slipping out again unless the magician from Chennai can pull a rabbit out hat in the final game. In the 11th game, Carlsen is unlikely to push for more. Anand summed up his chances in a few words in the post-game conference. “I know I have to play. We know the score and the situation, but I am still there.”