World Cup 2015: India not among top contenders for the title, claims Stephen Fleming

Fleming believes India had home advantage in 2011 but that will not be the case down under. 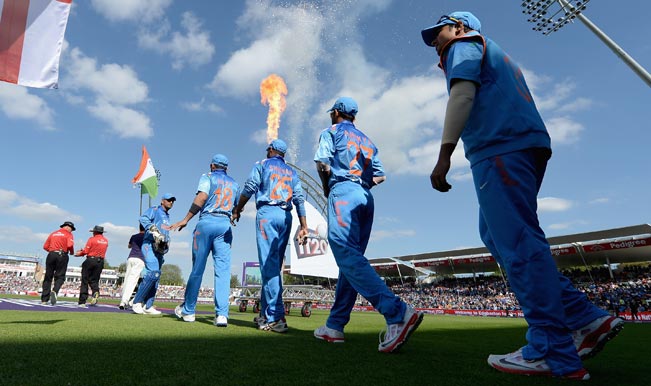 New Delhi, Nov 21: Title holders India are not among the front-runners to win the 2015 World Cup in Australia and New Zealand, feels former Black Caps captain Stephen Fleming. Fleming’s logic for leaving out India from his list of Cup favourites is simple. They won the coveted trophy four years ago at home and this time it is advantage co-hosts — Australia and New Zealand. Also Read - Hundreds of Israelis Chant 'Om Namah Shivaya', Pray For India's Recovery Against Covid | Watch

“I will give you top four teams. New Zealand and Australia because they play at home. South Africa are in good form, the fourth place is a bit difficult. It could be anyone — India, Pakistan, West Indies, Sri Lanka. So I am going to go with Australia, New Zealand and South Africa and fight for the fourth spot,” Fleming told PTI at a get together organised by appliance major Fisher & Paykel. Also Read - Selectors to Take a Call on Hardik Pandya, Prithvi Shaw, Prasidh Krishna For WTC Final - Report

He went to elaborate his point of view.

“I would just put it down to familiarity. Sri Lanka and India were the finalists last time. It was a very close contest. For the upcoming edition, there is quite a small difference among teams,” said the 41-year-old, who has been the coach of Chennai Super Kings for the last six editions. India won the 2011 edition in familiar conditions but Down Under their pacers must perform well to make things easier for them.

Fleming feels containment strategy won’t work in Australia and New Zealand, and bowlers, especially the faster ones, will have to provide regular breakthroughs.

“The rules have changed from back then, so that changes things a lot,” he said, referring to the current rule of only four fielders, outside the 30-yard circle. “India’s fast bowlers are not that bad but the emphasis does need to be on taking wickets, through both pace and spin. It can’t be just about containment,” said Fleming.

Fleming is now an established coach and when is not coaching Chennai Super Kings in the IPL, he utilises that time for his business interests that he shares with New Zealand captain Brendon McCullum. McCullum happens to be in the same IPL franchise.  Is juggling up roles difficult?

“I do Chennai (Super Kings) for two to three years and the rest of the time I have my own, it is for business and family. It is a nice balance. In fact, that is why I have not taken up international coaching. There have been opportunities (international assignments) but right now I an just happy doing Chennai,” said the affable New Zealander.

Another thing he busy with is the promotion of World Cup, which returns to Australia and New Zealand after more than two decades. Fleming is expecting a sizable Indian population to visit the countries during the tournament early next year.

“There is a lot of interest. People are really looking at their schedule for going to Australia and New Zealand. The interest is more the semifinals. There is one visa which makes things a lot easier for the travellers,” concluded Fleming.