As Virat Kohli and Mohammad Amir are set to lock horns against each other in the World Cup, we take a look at other key player battles that will give the fans an experience to remember.

With Mohammad Amir back in the Pakistani fold for the upcoming ICC World Cup in England, fans have already started fancying about his duel against Virat Kohli. Right after he was included in the World Cup squad of Pakistan, Twitter was flooded with fans cherishing about the battle between him and the Indian skipper that would be on show in the 10-nation tournament.

Despite not facing each other in any bilateral series, the little duels they have had in the multi-nation tournaments were enough to treat the fans. As a result of Amir’s inclusion, social media relieved the 2016 Asia Cup match between India and Pakistan. Chasing a modest total of 84, India were pushed to the backfoot by 3 quickfire wickets from Amir. However, Kohli played his spell cautiously, surviving some of his fiercest outswingers, and managed to chase the total. But fans had got the glimpse of what a Kohli-Amir battle would be like, and they were not disappointed during the 2016 World T20 and the 2017 ICC Champions Trophy, the only other occasions which saw both playing against each other. The fans are expecting a similar outcome, even though the Pakistani pacer has not been performing well of late.

Other than this the upcoming World Cup is all set to witness some personal duels between major players from across teams. Below is the list of some KEY BATTLES that promises to be equally exciting for the fans.

Possibly, one of the most-awaited battles of our time, the face-off between Dale Steyn and David Warner has always carried the prime share of excitement and given fans a treat of their lifetime. Be it Steyn swinging the ball both ways and rattling Warner’s stumps or the batsman middling two 145-above screamers over MCG’s mid-wicket, this duel has always been about the hardest way in which cricket can be played.

Warner, returning to international cricket after serving a year-long ban, would look to reestablish his dominance at the top. Steyn, at the twilight of his career, will hope to sign off on a high with some memorable performances at the World Cup.

Going to the World Cup, Jasprit Bumrah will start the tournament as the best bowler in the world right now. From fast inswinging yorkers to slow-bouncer, Bumrah has them all in his bowling arsenal. But, he is majorly recognized for is his death bowling and one batsman that has emerged as a great finisher in the current time is Andre Russel. It is his sheer muscle power that the Windies cricketer brings to the fore and it would be interesting to witness how he deals the Indian bowler during the slog overs. 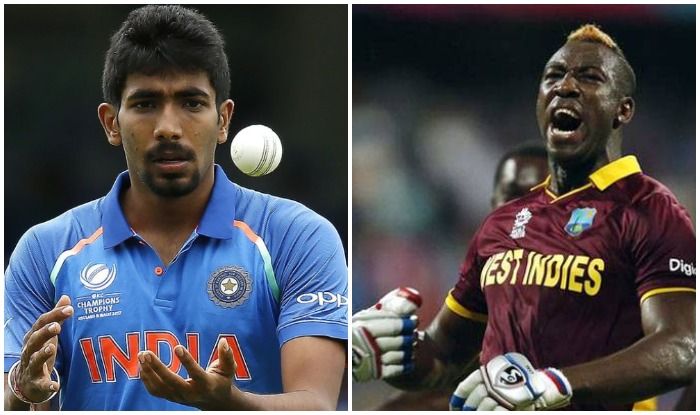 Russel knows that he cannot muscle away Bumrah’s deliveries. So, it will be interesting to see if he brings in any change to his game for Bumrah.

Despite hammering all the bowlers around, in the recently concluded IPL, the KKR player was kept quiet by the Mumbai pacer. Whatever be the consequence in the World Cup, their encounter will surely give the fans an experience to remember.

One of the most destructive batsmen in recent times, Jos Buttler has found himself in the form of his life ahead of the marquee event. On the other hand, Rashid Khan is currently one of the best limited over bowlers who has the knack of taking wickets during every match, which makes him indispensable. But the one wicket that he loves the most is the Englishman’s. Their rivalry has majorly been league oriented but is set to get promoted to the biggest stage of them all. 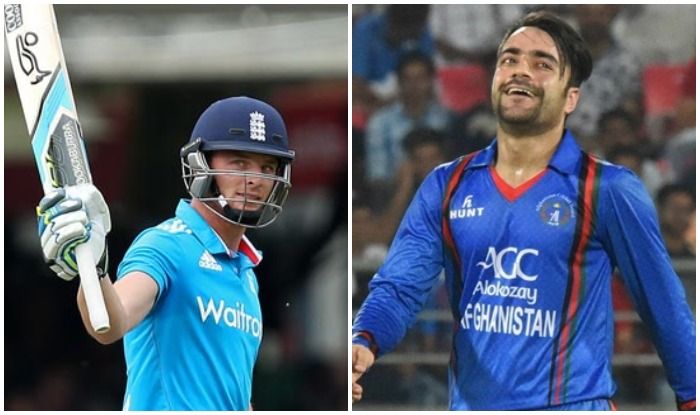 Even though Butler will be in his home condition, Rashid Khan would bother him the most.

Butler, who is currently smashing his ways to runs at almost every game, has found it hard to repeat the same against the Afghani sensation. In the last three IPL matches that both played against each other, Buttler was dismissed by Rashid Khan on every occasion. Even at the Big Bash, the bowler has got the better of the English wicketkeeper-batsman.

A part of the ‘Big Four’ in International cricket, along with Virat Kohli, Steve Smith and Joe Root, Kane Williamson has emerged as one of the most technically correct batsmen. Whereas Kagiso Rabada, the leading bowler for South Africa this time, would look to make most of his performance count in his first World Cup. The face-off between Williamson and Rabada promises to be an enthralling one for fans. He is strong on the front foot and Kagiso Rabada would in all probability have his plans cut out before the two giant cricketing nations lock horns.