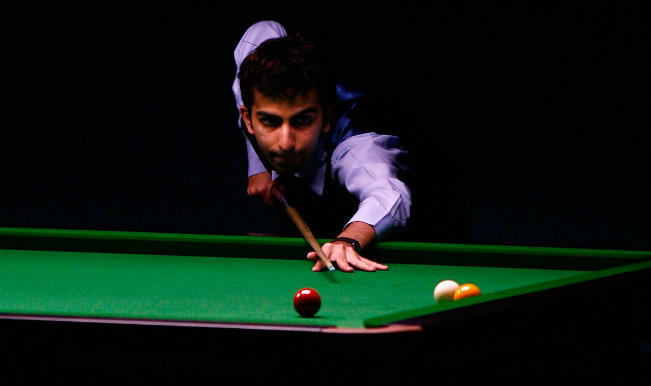 Bengaluru, Nov 28 China’s 14-year-old Yan Bingtao broke Indian hearts by defeating title favourite Pankaj Advani 6-4 to storm into the men’s semi-finals at the IBSF World Snooker Championships here Friday. In a manner of speaking, the 29-year-old Advani, who came into the tournament as holder of 12 World titles and a hot favourite, virtually gifted the match to the Chinese prodigy who bounced back after trailing 0-2 with a break of 107 in the third frame and went on to win a tight match. Also Read - Pankaj Advani Wins Asian Snooker Championship To Complete Career Grand Slam

Bingtao takes on Thailand’s Kritsanut Lertsattayathom, who knocked out Iranian Amir Sarkhosh 6-3, while another rising Chinese star, 17-year-old Zhao Xintong also made it to the semis with a brilliant 6-4 win against Aussie Adrian Ridley whose break of 106 was to no avail as his young opponent blasted 139 and 66 in the ninth and 10th frames to finish the match in style. Also Read - Unstoppable Pankaj Advani Clinches 9th National Snooker Title

Xintong, last year’s finalist, set up a repeat clash with Pakistani Mohammad Sajjad, the top seed, who outclassed India’s Manan Chandra 6-1. Xintong had beaten Sajjad last year. A few minutes before Advani made his exit, a tired Chitra Magimairajan, who finished her pre-quarter-final well past midnight, also blew her chances to go down 1-4 to defending champion Wendy Jans of Belgium, who broke the Indian with a super run of 88 in the third frame en route to the women’s semi-finals.

The semi-final has Jans taking on two-time World Champion Ng On Yee of Hong Kong, who defeated Siripaporn Nuanthakhamjan from Thailand 4-0, while Russia’s Anasthasia Nechaeva, who had beaten Vidya Pillai 4-2 in the previous round and had a comfortable 4-0 winner over Ka Kai Wan (Hong Kong), faces compatriot Daria Sirotina, who overcame another Thai Siraphat Chitchomnart 4-0.

The men’s, women’s and Masters semi-finals will take place later in the day. Advani could barely contain his frustration as he blasted the crowd for causing distractions during the match resulting in him breaking down at crucial stages of the match. At one point, the chief referee had to be called and request the crowd to maintain silence.

However, the bottom line was that Advani, who spent two years on the professional tour, attaining a best ranking of 58 before returning to amateur fold earlier this year to focus on billiards, did not play well enough against Bingtao, who made better use of the openings. “I was repeatedly distracted by movements in the crowd. I know that as a professional, I should not allow these distractions to impact my game, but today, it did. Also, I missed too many balls and did not utilise the chances that came my way,” said Advani.

“I didn’t score heavily enough to hurt my opponent. Bingtao also did not play too well but capitalised on the chances I gave him. The bottom line was that I didn’t play well and didn’t deserve to win.” There was little to separate Advani and Bingtao. The Indian took a 2-0 lead with a break of 57 in the second frame but Bingtao came roaring back to take the third on a run of 107 as the Chinese won three frames in a row for a 3-2 lead before Advani caught up at 3-3.

A break of 79 gave Bingtao the seventh frame but again Advani levelled by taking a close eighth. Thereafter, both players were tense and committed too many errors but the young Chinese kept his wits about him to go 5-4 up. Advani had his chances in the crucial 10th frame, especially at the business end when he was on a clearance to make it 5-5 but a miss on the brown which he attempted with a stun-follow shot to come for the blue, left Bingtao on and the Chinese gobbled up the colours to seal the match. With B.V. Srinivasa Murthy and Rafat Habib also losing their respective quarter-finals in the Masters (Over 40) section, the Indian challenge in the tournament ended.