A standout in the WWE Performance Center and the Mae Young Classic, Rhea Ripley entered NXT UK already a seasoned and cutthroat grappler with one goal on her mind, to rip the NXT UK Woman's division apart

Rhea Ripley had a breakthrough 2019 with and at the age of just 23 she is on the rise and WWE are looking to build up the Australian as they next big women wrestling star. Also Read - WWE Smackdown: Sheamus, John Morrison And The Usos Make Their Return 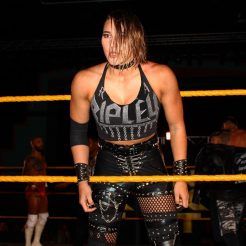 The ultra-aggressive and terrifyingly strong Aussie has embraced her true self, and that spells bad news for anyone who faces her, as she already had the physical goods to stand toe-to-toe with any Superstar in sports-entertainment 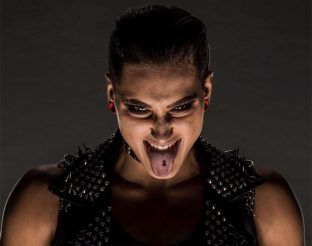 Armed with a take-no-prisoners attitude, it took little time at all for Ripley to secure her a place in history. After battling her way through Xia Brookside in the Quarterfinals and Dakota Kai in the Semifinals, the merciless Mosh Pit Kid made history by conquering Toni Storm in the hard-fought Finals of the NXT UK Women’s Championship Tournament to become the first-ever NXT UK Women’s Champion 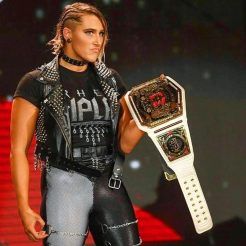 On 28 August 2019 episode of NXT, Ripley made her surprise return to the brand when she interrupted NXT Women’s Champion Shayna Baszler. 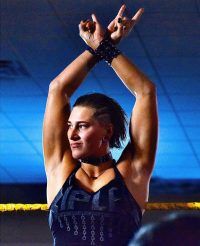 In parallel with her feud against Baszler, on the November 1 episode of SmackDown, Ripley and Tegan Nox were one of the many NXT wrestlers to invade the show, challenging Mandy Rose and Sonya Deville to a tag team match, which Ripley and Nox emerged victorious. Later that night, Ripley joined Triple H and the rest of the NXT roster as they declared war on both Raw and SmackDown, and vowed to win the 2019 Survivor Series brand warfare 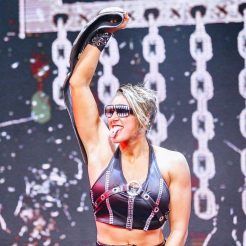 At NXT TakeOver: WarGames, she led Team Ripley (herself, Candice LeRae, Dakota Kai and Nox) to victory in the first ever women’s WarGames match against Team Baszler (Baszler, Io Shirai, Bianca Belair, and NXT UK Women’s Champion Kay Lee Ray) by pinning Baszler, despite Kai turning heel and attacking Nox before the match, leaving Ripley and LeRae on their own. 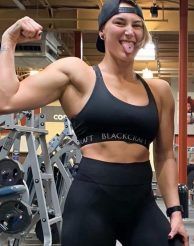 The following night at Survivor Series, Ripley was part of Team NXT, who defeated Team Raw and Team SmackDown, and the leader of her team in the 5-on-5-on-5 women’s elimination match, which her team won after she last eliminated SmackDown captain Sasha Banks, with she, LeRae and Shirai as the survivors 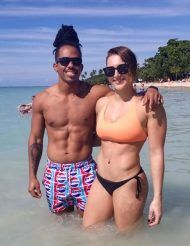 On the December 18 episode of NXT, Ripley won the NXT Women’s Championship from Baszler. 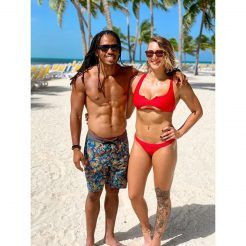 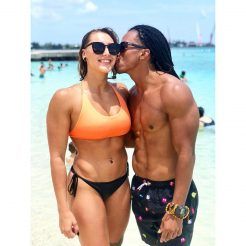