Here are the five female women presenters who have charmed one and all with their mic skills.

The role of WWE presenters is as big as the athletes in the ring. Last year, Renee Young became the first ever woman to be part of WWE’s commentary team when he teamed up with Michael Cole and Corey Graves on Monday Night Raw. Young’s achievement is a testament to how big the company continues to invest big on women, both in the ring and outside off it. Keeping up with the trend, here are the five female women presenters who have charmed one and all with their mic skills. Also Read - WWE Survivor Series 2020 Results: Roman Reigns Beats Drew McIntyre, Undertaker Gets His Final Farewell 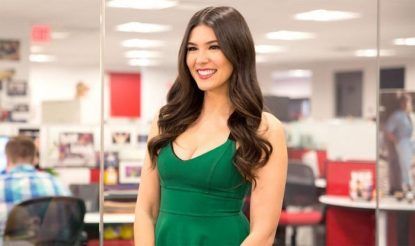 Since signing with WWE in 2016, Kelley began as a correspondent in NXT before moving on to WWE Now on WWE.com and Youtube Channel. On November 1, 2019, Kelley made a one night appearance on Smackdown as backstage interviewer after most of the WWE roster were stuck overseas and made her debut in the same capacity on the first Smackdown of 2020. Cathy is best known for hosting and being a panelist on Maria Menounos’ online network AfterBuzz TV. She was a part of AfterBuzz’s WWE’s Monday Night Raw, WWE’s NXT, and ABC’s The Bachelor recap shows. Cathy also hosted and contributed to Sam Roberts’ show on Sirius XM, WTTW’s GenYTV, WOI-DT’s The Open House Television Show, DSM Living, and JUCE TV’s Hot Off The Press. 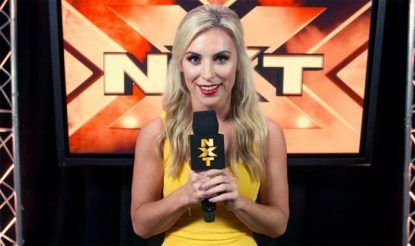 Schreiber made her mark as part of NXT’s broadcast team during WrestleMania Week 2018. She also served as the ring announcer and host at many NXT Live Events. Schreiber now brings her diverse and extensive entertainment background to SmackDown. An actress since childhood, Schreiber also has a long list of film and TV credits to her name, too, from appearances on “The Late Show with David Letterman” and “Bloodline” to playing opposite Bruce Willis in a commercial. 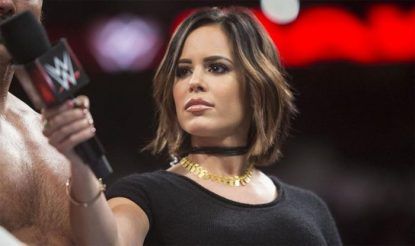 Charly Caruso made a splash covering all the action in NXT in early 2016. Soon after that, she also became part of the backstage announce crew for Raw. Caruso has done everything from news reporting — covering sports such as the NFL and the NBA — to lugging her own equipment into the hills as a one-woman band reporter. 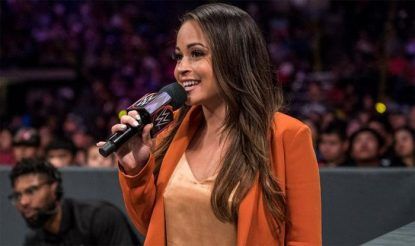 Associated with WWE Smackdown, Braxton is charged with getting backstage scoops and asking the tough questions, a demanding task she handles with aplomb on behalf of the passionate WWE Universe. Braxton came to sports-entertainment from the world of television news, having hosted her own entertainment segment on WESH 2 News in Orlando, Florida. She participated in public-speaking competitions, and at the tender age of 17, Braxton even spoke in front of President George W. Bush at the White House. 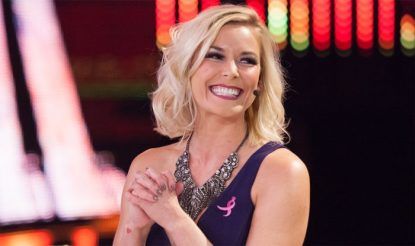 Making history last year by becoming the first woman commentator on any WWE broadcast team, Renee continues to set the benchmark Since making her WWE television debut in 2012, Renee has become a must for all aspects of WWE broadcasting, arguably assimilating to the wild world of WWE faster than any broadcaster before her. Broadcasting comes naturally to her having worked with The Score network in Canada for several years, building her reputation by co-hosting WWE Aftermath and interviewing high-caliber talent such as The Rolling Stones on other programming. She is currently hosting Fox’s WWE Backstage.