Yearender 2017: A Look Back at Memorable Moments in Indian Cricket in 2017

The moments and occasions most memorable in 2017, both within and beyond the Indian sphere.

The end of a calendar year is usually the time for introspection. Cricket is no different. Depending on how you look at it, it has either been a year of real positive change for the sport, or one where its ugly habits resurfaced. We shall, however, take the glass-half-full approach here, and focus on the moments and occasions most memorable in 2017, both within and beyond the Indian sphere. Also Read - India vs England, 4th Test: Axar, Ashwin Share Seven Wickets to Give Hosts The Upper Hand

The year began with India in peach form, having seen off New Zealand (3-0) and England (4-0) in 2016, and rubbing their hands in glee at the prospect of playing Bangladesh in a one-off Test, before the blockbuster clash against Australia. A 333-run loss in the opener in Pune to Australia, however, added much-needed spice to the contest. By the end of the series, a most controversial one at that, India had bounced back to see off their toughest opponents yet 2-1, with all of Virat Kohli, Ravindra Jadeja and R Ashwin emerging with their reputations enhanced. Also Read - Virat Kohli's Team is Best in History of Indian Cricket: Sunil Gavaskar

To put it succinctly, It was a year in which India couldn’t stop winning.

Step aside, gentlemen, the ladies are here 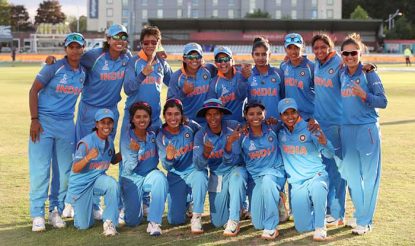 Perhaps the most significant development of the year occurred bang in the middle of it, in June and July. The women’s world cup was expertly organised by the ICC, and with it came undeniable proof that there was a strong appetite for the women’s game, that gender really didn’t matter in the sport. The tournament raked in television audiences at a volume previously unheard of in women’s cricket (group stage viewership itself crossed the 50-million mark), and the Indian context, in particular, was encouraging. India’s surge to the final, and the near-miss at the end, apart from being watched by most of the country, also propelled the likes of Mithali Raj and Jhulan Goswami into stardom. And rightly so. The women’s game now has a significant platform to build on, and if the World Cup is anything to go by, the future is bright.

Cutting batsmen down to size 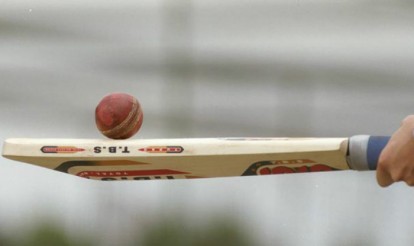 For long have the modern bowlers not-so-subtly voiced their frustrations at the state of the game. Increasing bat sizes, crippling field restrictions and reducing boundary lines have all meant that bowlers’ successes have come despite the laws in effect. This year saw the rules finally being tweaked. David Warner, for one, will no longer be allowed to wield the trunk of a tree, with bat thickness and edges now being limited. It hasn’t really stopped edges from flying over the ropes, but our glass-half-full approach prompts us to look at the positives: at least it’s a start, an acknowledgement.

There were other rules that were noteworthy: umpires can now send-off undisciplined players, a batsman now cannot be run-out once he has reached the crease even if his bat bobs up, and no longer can a team lose its review if a DRS referral ends in umpire’s call.

Of course, the fake-fielding rule that was instated is a colossal bungle, but that shouldn’t shadow the good work done by the lawmakers. 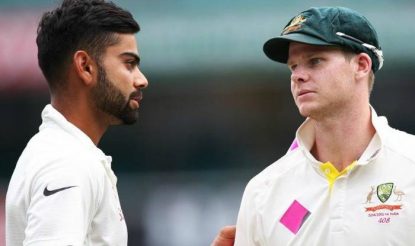 It is an exciting time to be a cricket fan. Two batsmen at the prime of their careers seared many records over the course the year. Steve Smith, the Australia captain, ended the year at the top of the Test run charts, with 1,305 runs at an untouchable average of 76.76. His 604 runs in the four Ashes Tests helped him overtake Cheteshwar Pujara, whose 1140 runs came at 67.05. It’s no surprise that comparisons have been raised with none other than Don Bradman. But he remains grounded: “You can never be satisfied and never think you’re too good for the game. The game can come back to bite you pretty quickly.”

Then there is Virat Kohli, the classical maestro to Smith’s unorthodox chicanery. Three of the year’s top seven high scores came from the Indian captain. Three double centuries, to go with the three he scored last year, putting him in an elite club of players to have scored as many. He is now halfway through to Bradman’s record of 12 double centuries in a career, and given his run at the moment, one won’t bet against him reaching and perhaps even crossing that mark.

This year, Kohli’s average of 75.64 is bettered only by Smith. It is a dance between two modern greats and potential all-time heroes. They have made it a great time to be a cricket fan. 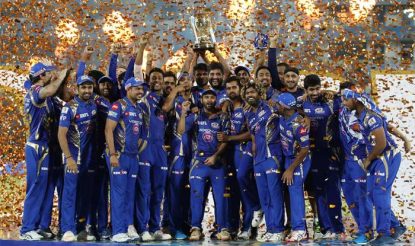 When the Indian Premier League was launched by Lalit Modi and co. back in 2007, even they wouldn’t have been able to fathom the gargantuan effect it would have on the game. It changed the sport’s landscape, investors grappled to get a slice of the pie even as similar T20 leagues sprung up around the globe. Youngsters had more avenues to play the game they loved professionally and make a good living, and in a downside, to it all Test cricket’s relevancy dwindled further.

While sparking all this, the IPL itself had to battle many factors. Not a season has gone by without controversies threatening to shadow the cricket, the worst of which was the spot-fixing scandal of 2013 that culminated with the Supreme Court of India attempting to cleanse the BCCI, a job even the ultimate authority in the country is struggling with.

Despite all that, the cricket has carried the tournament. Fans still trudge in by the millions, and it is still the hottest property in the Indian sporting sphere – evident in Star’s Rs 16,347.50 crore deal to telecast the tournament for the next five years. The tournament held its highly-successful tenth edition in 2017, Mumbai Indians won it a third time, and it looks to go on for another ten years at the very least.