Yuzvendra Chahal gave the entire nation a reason to cheer after his career-best six for 42 set it up for a historic Indian win but he also gave social media users a big reason to laugh.

Yuzvendra Chahal gave the entire nation a reason to cheer after his career-best six for 42 set it up for a historic Indian win but he also gave social media users a big reason to laugh. The Indian leg-spinner took to Instagram and posted a picture with a female anchor after the 3rd ODI at MCG. Chahal can be seen as happy as he speaks with her. Fans had a ball reacting to it. Some felt the cricketer should stay away from all of this or he too, like Hardik Pandya and KL Rahul could land in trouble in the future, whereas some fans could not believe what they were seeing and hence commented in a more cheeky manner. Also Read - India vs England 2021: Fit Umesh Yadav Likely to Replace Jasprit Bumrah in Team India's Playing XI For 4th Test in Ahmedabad

The post is captioned with India flags as readers can see. Here is how fans commented: 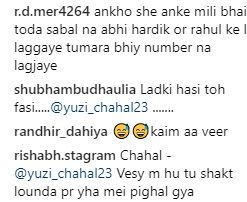 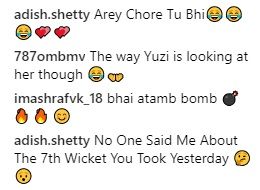 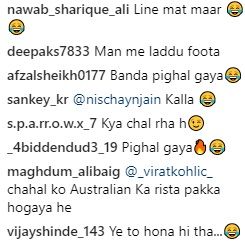 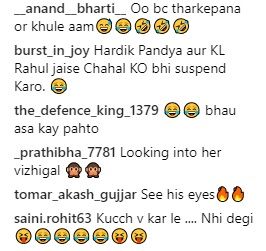 At MCG, Chahal got his only game of the three-match ODI series as he replaced Kuldeep Yadav, another wrist spinner who has been phenomenal in the tour of Australia with the limited opportunities he got. With the World Cup around the corner later this year, every individual would like to make the most of the chances, as there is stiff competition for places for the marquee tournament. Chahal, for example, would like to be among the top two spinners ahead of the World Cup.

Kedar Jadhav on his match-winning half century, the @msdhoni touch and taking Chahal TV to the moon 😁👌 @yuzi_chahal – Episode 3 has it all – by @RajalArora

India will now tour New Zealand for a limited-overs series where the Men in Blue will play five ODIs and three T20Is. Like in Australia, India would look to try new combination-permutations ahead of the big tournament.