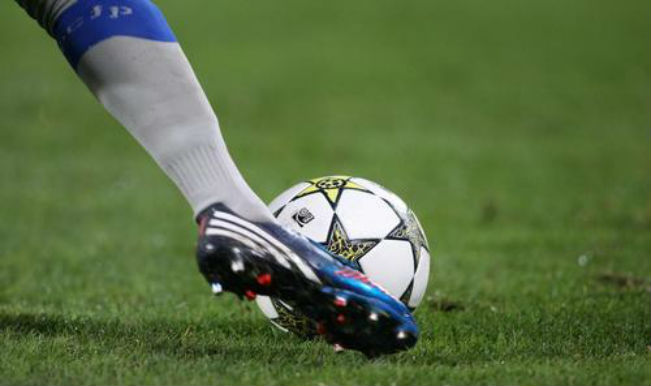 Also Read - Ballon d'Or 2021 Live Streaming: Where And When to Watch The Ceremony; Who Is Likely To Win

Lusaka, Aug 25: The head of Zambia’s football governing body said the southern African nation will concentrate on bidding for the 2019 Africa Cup of Nations and not the 2017 edition that was earlier given to Libya. Libya has withdrawn from hosting the 2017 African Cup due to delays in its plans to build new stadium, complicated by ongoing fighting, reports Xinhua. Also Read - Hard to Digest 1-1 Draw Against Kerala Blasters: Bengaluru FC's Suresh Wangjam

Football Association of Zambia (FAZ) president Kalusha Bwalya said Monday the 2017 Africa Cup of Nations will not be ideal for the country, adding that it was important that the country concentrates on the 2019 bid. Also Read - La Liga: Late Vinicius Strike Gives Real Madrid Win Over Sevilla

“It’s not only for FAZ to decide whether to submit a bid or not. We have major stakeholders like government and in this case we were given a mandate to bid for the 2019 Africa Cup and I think let’s concentrate on that one,” he was quoted as saying by the Zambia Daily Mail.

The 1988 African footballer of the year has since expressed optimism that Zambia will be selected to host the 2019 Africa Cup of Nations because the country submitted a good bid.

Zambia faces stiff competition from Algeria, Cameroon, Gabon, Guinea and Cote d’Ivoire to win the bid for the 2019 African show piece. The southern African nation’s last attempt to host the event was in 2004 when it failed to do so due to lack of infrastructure.

However, with the assistance of the Chinese government, the country boasts of two ultra-modern stadia while a third one will be constructed in the southern part of the country.