Amid slogans hailing the former AIADMK supremo by party supporters, Palaniswami inaugurated the memorial as Panneerslevam and Assembly Speaker P Dhanapal joined him.

The memorial was inaugurated three years after he laid its foundation stone was laid. Amid slogans hailing the former AIADMK supremo by party supporters, Palaniswami inaugurated the memorial as Panneerslevam and Assembly Speaker P Dhanapal joined him. Also Read - Jayalalithaa Wanted Aishwarya Rai Bachchan To Play Her Role In Thalaivii, Not Kangana Ranaut, Reveals Simi Garewal 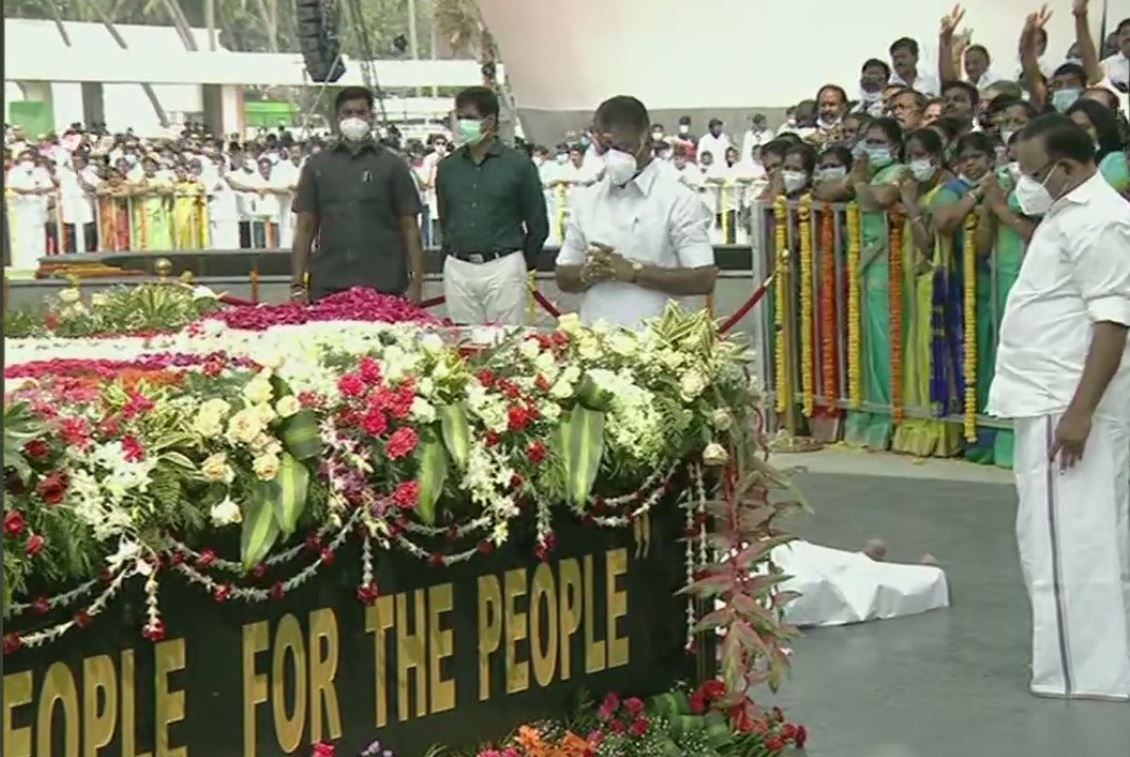 The three later paid floral tributes, with Palaniswami and Panneerselvam prostrating at the spot, where she was laid to rest on December 5, 2016 after her death. The three also paid tributes to a huge portrait of Jayalalithaa at the memorial. Also Read - Thalaivii Movie Review: Rise And Rise of Kangana Ranaut!

Palaniswami and Panneerselvam in May 2018 had jointly laid the foundation stone for the memorial adjacent to that of party founder and late chief minister M G Ramachandran located on the Marina Beach at Kamarajar Salai.

The state government had earlier earmarked Rs 50 crore for constructing the phoenix-themed memorial for Jayalalithaa, fondly addressed as ‘Amma’ (Mother) by her supporters.

Huge crowd of supporters thronged the Kamarajar Salai to witness the inauguration of the memorial.