Google is yet to release a statement on the reason behind the outage.

New Delhi: Multiple Google services and websites including YouTube, Gmail, Google Assistant, and Google Docs which went down for millions of users across the globe, have now been restored. Apart from these websites, Google Play, Google Maps, Google Hangouts, Google Duo and Google Meet were also not working for many. Also Read - Google Contemplating Flexible Workweek, Says Three Days in Office, Rest Can Be Work From Home

Users visiting Gmail were greeted with the message, ”We’re sorry, but your account is temporarily unavailable. We apologize for the inconvenience and suggest trying again in a few minutes. You can view the G Suite Status Dashboard for the current status of the service. If the issue persists, please visit the Help Center.”

The same issue persisted with YouTube, which showed its error page with a monkey and states ‘Something went wrong’ along with a search bar. However,  YouTube was loading in incognito mode. 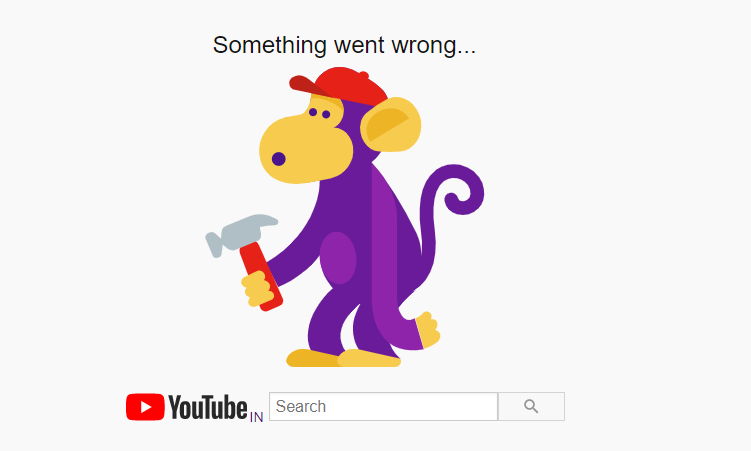 YouTube meanwhile had responded to its fans via their official Twitter handle. In its Tweet, Team YouTube said, “We are aware that many of you are having issues accessing YouTube right now – our team is aware and looking into it. We’ll update you here as soon as we have more news.”

We are aware that many of you are having issues accessing YouTube right now – our team is aware and looking into it. We'll update you here as soon as we have more news.

Meanwhile, with Google services down, users flocked to Twitter to complain about the same and trended #GmailDown and #YouTubeDown hashtags:

The day came. When you can’t even google what happened with google.

#YouTubeDOWN Besides Youtube, Gmail, Google, & Google Drive are down.. pic.twitter.com/0RFb06VI2t

Google services are down world wide.
The time has come when even you can't Google why Google is down.😂😂😂#YouTubeDOWN pic.twitter.com/MtBCB4rL8I

DownDetector claimed multiple outages at around 5 PM and reported over 20,000 outage cases from around the world. Google is yet to release a statement on the reason behind the outage.