Tiger Ball, the signature event of Asia Society Texas Center, raised nearly $1.3 million at its Thursday night gala in the Museum District, the most successful event in the agency’s 35-year history. 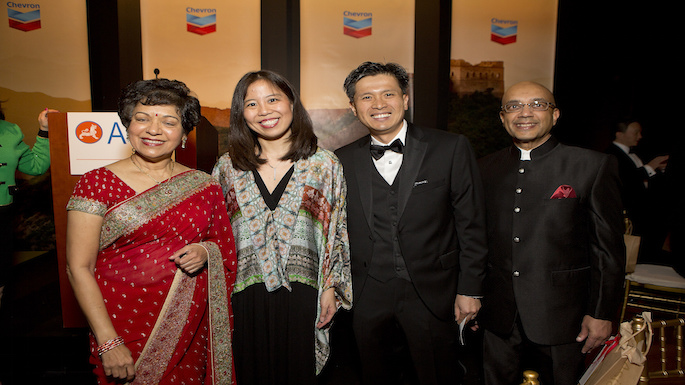 The international coterie of 700 came from all corners of the globe, including the crème de la crème of Houston’s business and society circles. Also Read - The Pros & Cons Of Ki & Ka's Gender-Bending Message

Guests strolled down the red carpet into the illuminated Chevron Gala Pavilion, named for the event’s presenting corporate sponsor. With a golden dragon greeting guest, the lavish reception continued until dinner began in the world-class Yoshio Taniguchi-designed building. Dessert and dancing rounded out the evening back in the Pavilion.

Led by an influential contingent of co-chairs – Anne and Albert Chao and Y. Ping Sun and David Leebron – the gala celebrated 35 years of Asia Society in Houston and honored long-time chairman Charles Foster and his wife, Lily Chen Foster.

The annual gala garnered almost $1.3 million to support Asia Society programs, educational activities, and exhibitions — all furthering the mission of bringing East and West together.

With 11 locations throughout the world, Asia Society is the leading educational organization promoting mutual understanding and strengthening partnerships among the peoples, leaders, and institutions of Asia and the United States. Asia Society Texas Center executes the global mission with a local focus, enriching and engaging the vast diversity of Houston through innovative, relevant programs in arts and culture, business and policy, education, and community outreach.