Dr. Krishna Dronamraju, President of the Foundation for Genetic Research at Houston, has been invited to help in establishing a new Science Center at Bhubaneswar. 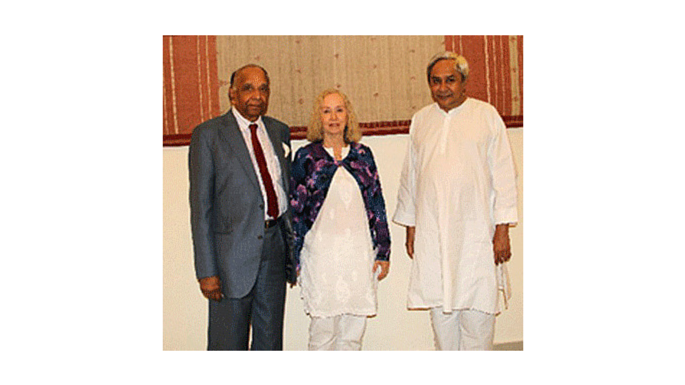 Dr. Krishna Dronamraju, President of the Foundation for Genetic Research at Houston, has been invited to help in establishing a new Science Center at Bhubaneswar. In a recent visit to Odisha, he met with the Chief Minister Shri Naveen Patnaik to promote the project. The center was first discussed by the former Chief Minister Shri Biju Patnaik with Dr. Dronamraju several years ago. Its main focus will be biotechnology and related sciences initially, but other sciences such as nanotechnology will be added later. Prof. P.P. Mathur, Vice-Chancellor of KIIT University has invited Dr. Dronamraju to be actively involved in planning and leading the project. Also Read - GM hens pave way for cheaper cancer drugs

Former Chief Minister Biju Patnaik had plans to develop a Science City in Bhubaneswar. He invited the famous British scientist J.B.S. Haldane to Bhubaneswar to build a Science Institute but because of Haldane’s untimely death that project was put on hold. Dr. Dronamraju, who was a disciple of Prof. Haldane, is now continuing the project with the support of the Chief Minister Naveen Patnaik. Once the Center starts functioning, it will become an active center for teaching and research in sciences in India.

Dr. Krishna Dronamraju is President of the Foundation for Genetic Research since 1980 and the author of 20 books and 200 research papers in genetics and biotechnology. He is a visiting professor of the University of Paris, and was awarded the Nayudamma Prize in Science. He was a member of the U.S. Presidential delegation to India in 2000 and has been actively promoting U.S.- India Cooperation in science and technology for many years. He served as a member of the National Advisory Boards for health and agriculture, U.S. Government, Washington D.C.