The first ever Mrs. & Mr. Bollywood Houston pageant organized by Ruchika Dias, Founder and CEO of Bollywood Shake was held on Saturday, Sept 6th at the Hilton Americas in downtown Houston. 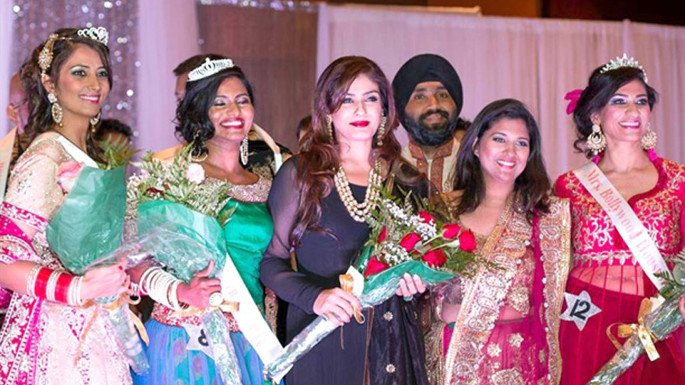 HOUSTON – The first ever Mrs. & Mr. Bollywood Houston pageant organized by Ruchika Dias, Founder and CEO of Bollywood Shake was held on Saturday, Sept 6th at the Hilton Americas in downtown Houston. The event delivered all it promised and more! The Houston crowd came out in big numbers elegantly dressed for a memorable evening of fun and entertainment. Also Read - Ludo Trailer Out: Anurag Kashyap Directorial is Impressive, Quirky Dialogues And Lots of Confusion Makes It a Worth Watch

The event began with the guests entering the beautiful and exquisite venue where they were met with a visual treat with the very classy ballroom decorated by Deco-Art. Also Read - Laxxmi Bomb's Burj Khalifa Song Out: Akshay Kumar, Kiara Advani Romance in Dessert, Fans Call it 'Chartbuster Hit'

The Mrs. Bollywood Pageant consisted of three Rounds: Round 1, choreographed by Raza Hasan was the Introduction Round where the 12 contestants were dressed in exquisite designer sarees.  A short introduction video was also played for each contestant that included glimpses of their talent. Round 2 was the formal round where the Mrs. Bollywood contestants wore stunning and gorgeous bridal clothing accompanied Mauli as she sang “Dil Mera Muft Ka” and “Halkat Jawani” and Round 3 was the question and answer round where the Final 6 contestants got a question each from a judge ranging from “if you get a chance, what is one thing you would change in your life?” from Mauli Dave to Kiran Kaur to  “if a genie offers you three wishes, what will you wish for?” from Raveena Tandon to Shaneel Mitha.

Ms. Tandon was welcomed by Ruchika Dias on stage and their interaction was very entertaining to watch.  Ms. Tandon talked about how she had visited Houston several times. Ruchika then praised Raveena on her punctuality and professionalism.

The title of Mr. Bollywood 2014 was bestowed on Waqas Syed while Varun Gupta was selected as the 1st Runner up and Parminder Singh as the 2nd Runner up.

This event was a true celebration of married women who showed that you can still pursue your dreams after marriage. Although only one could win the crown, all the contestants are winners because they took the bold step of participating in the pageant and showcasing their personality and talent.

The event was also featured on ABC 13, Fox 26 Houston and TV-Asia!