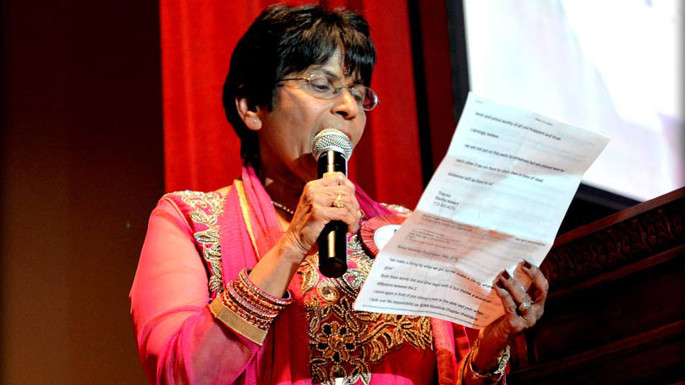 Amrapali a dance drama by Kalakriti’s Kusum Sharma was among the attractions of the gala.

The evening was really a big success with who’s who of the Indian community in full attendance. The chief guest for the evening was Indian Council General of Houston Sri Harish Parvathaneni and his wife Nandita Harish. Also Read - 'Covid-19 Can't Stop Love': Texas Man Marries Fiancee in Hospital While Getting Treated For Coronavirus

In his opening address Shri Harish urged the present gathering to go ahead and contribute generously for the cause of Sewa International.The evening began with the lighting of the ceremonial lamp and bhajan by Kashmira. Also Read - Volcanic Eruptions, Not Meteors, Were Responsible For the Earth's Cooling 13,000 Years Ago

Preanka DeSki, and  Christine Bobbyn of channel 13, were the MC’s of the evening and did a fabulous job making sure things were on schedule and also that Sewa’s values were put across with emphasis. 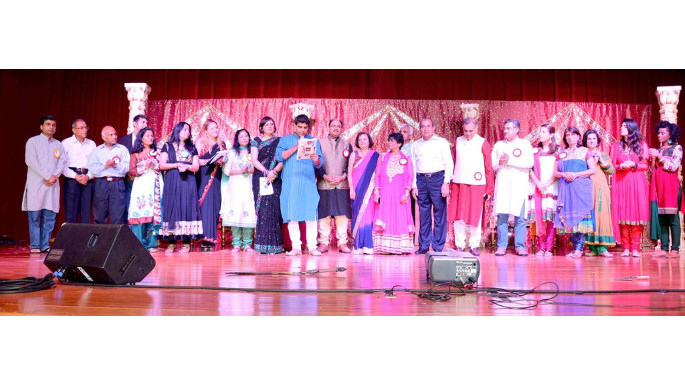 Sewa International members, volunteers and supporters being recognized on the event.

The Opening Address of Sewa Houston’s President Smt Sarojini Gupta gave the audience an idea about all the work Sewa International has done over the past year. She highlighted the various new programs Sewa has introduced like Stop Diabetes movement, Family workshops,a nd also the new sewing and computer classes run for the refugee families at the Los Arcos apartment.

The evenings entertainment comprised of three shows that included:

Elemental dance by Anjali performing art center was a Spiritual dance performance based on classical dance forms.
Bollywood Dance fusion was an upbeat fusion dance that set the mood of the evening and Amrapali a dance drama by Kalakriti’s Kusum Sharma ,a leading figure in dance and music in Houston.

All through the evening there were pledge appeals by eminent people of the community like paediatrician and philanthropist Sanghamitra Misra ji, senior community leader Sri Subhash Gupta ji and HGH president Shri Sharad Aminji.
As a result of their passionate pledge appeals Sewa International was able to raise more than $110,000.

The audience really enjoyed the program and also appreciated the work done by Sewa International. The shows were followed by a scrumptious dinner catered by VPSS.

All in all It was a great event and the best part of this event was that it was planned organized and executed by the volunteers of Sewa Houston.