An 82-year-old Indian American man from Pleasanton, California, Khushalbai F. Patel, died at the Grand Canyon National Park, from as yet unascertained cause, this past Memorial Day weekend. 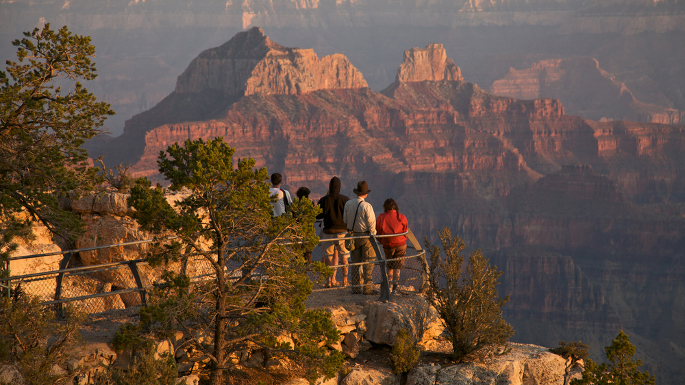 NEW YORK—An 82-year-old Indian American man from Pleasanton, California, Khushalbai F. Patel, died at the Grand Canyon National Park, from as yet unascertained cause, this past Memorial Day weekend. Also Read - Indian-Americans Hold Rallies in US Cities to Dispel 'Misinformation and Myths' About CAA | Watch

Authorities said Patel, who was visiting one of America’s most famous tourist spots with his family, died after collapsing near the visitor center, reported the Associated Press.

Reuters reported Park rangers and paramedics were sent to the area at about 12:10 p.m. local time by a bystander who made an emergency 911 call to the canyon’s regional communications center.

CPR and an automated external defibrillator were used on Patel in an effort to resuscitate him, but to no avail. Patel was declared dead at the spot.

The death is being investigated by the National Park Service and the Coconino County Medical Examiner, according to the AP. This is the fourth fatality at the park this year.

On May 5, a 25-year-old Florida man was believed to have committed suicide, plunging some 250 feet to his death from the South Rim, east of Mather Point, reported Reuters. The crimson-hued canyon is one of the world’s most frequented outdoor tourist venues, attracting more than 4.7 million visitors in 2014.