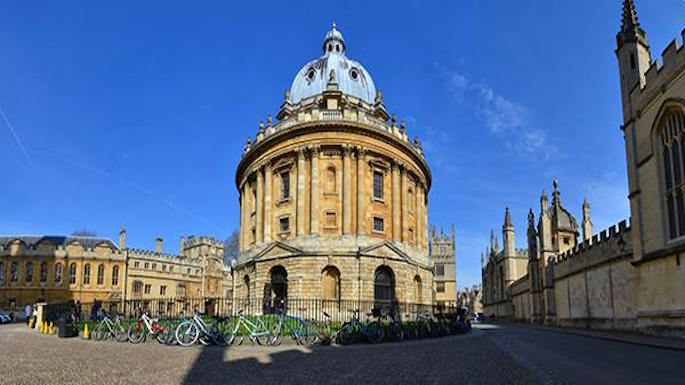 The scholarships, established in 1903 under the will of Cecil Rhodes, is considered to be the oldest and perhaps the most prestigious international graduate scholarship program in the world. It supports outstanding all-round students at the University of Oxford for two years or more. Also Read - Gene therapy first to halt most common cause of blindness

Anisha Gururaj: A native of Chesterfield, Mo., Gururaj is a senior majoring in chemical-biological engineering, according to MIT.

As a Rhodes Scholar, she plans to pursue two degrees from Oxford: an MSc in engineering science research, with a focus in bioengineering, and a master’s in public policy. Ultimately, she hopes to build a career developing affordable biomedical devices for use in both the developed and the developing world.

For the past two years, Gururaj has conducted research at MIT’s Little Devices Lab, where she has worked on individualized medical devices that users can assemble themselves. This past summer, she conducted work at the Universidad del Desarollo in Chile to investigate how diagnostic kits created by the Little Devices Lab can be used in rural settings.

Gururaj has co-founded a project to design a low-cost, nonelectric fluid warmer for military trauma victims. During her time at the Institute, Gururaj has also conducted research in the MIT laboratory of Robert Langer, the David H. Koch Institute Professor, and at the National University of Singapore through the Singapore-MIT Alliance for Research and Technology.

Gururaj’s interest in international development has also led her to projects beyond the development of medical devices: She has collaborated with Maiti Nepal, an organization that assists sex-trafficking victims, to expand Nepali girls’ access to K-12 education.

“Anisha Gururaj is an inspiration,” says Rebecca Saxe, an associate professor of cognitive neuroscience and co-chair of MIT’s Presidential Committee on Distinguished Scholarships. “Her accomplishments are pretty remarkable, but what stands out most is how deeply she is committed to translating her knowledge and expertise into practical products and benefits that will make life better for people — whether those people are soldiers on the battlefield, young at-risk women in Nepal, or people living in rural villages with less access to modern health care. She perfectly exemplifies MIT’s mission in the world.”

Sai P. Gourisankar: Gourisankar is a senior at the University of Texas, where he will graduate in May with a B.S. in Chemical Engineering and a B.A. in Plan II Liberal Arts. He also has a minor in German. He is a Goldwater Scholar with a 4.0 across multiple disciplines. He has several publications relating to his work in nanotechnology, particularly relating to nanoclusters. He is also president of an organization that fosters discussion between the humanities and the sciences.

Maya Krishnan: Krishnan is a Stanford University senior majoring in Philosophy, with minors in Computer Science and Classics. Her book, Modern Illuminations, includes 10 essays on the relationship between the theory of knowledge and theology. She also created and maintains an interactive online database correlating datasets around ancient Greece and Rome. Elected to Phi Beta Kappa as a junior, her senior thesis is on the relationship between mathematics, meaning and history in Kant. The daughter of a Hindu-Unitarian and a Jew, she became interested in how post-Reformation Christian theology affects basic approaches to truth. She is an oboist, and has worked as a technology scientist for a nonprofit serving children in some of Washington, D.C.’s most at-risk neighborhoods.

Abshek Kulshreshtha: Kulshreshtha is a senior at Brown University where he majors in Physics. Much of his work in theoretical physics has applications to the creation of a quantum computer that would make computations exponentially faster, and toward the goal of better understanding of biological processes.

He is president of Brown’s Model United Nations and founder of the Providence Public Schools Model United Nations. He is also a peer advisor, a pianist, a cyclist, and a teaching assistant and mentor in local schools. He has strong interests in improving educational opportunity and community health.