Following international outcry and the threat of litigation, George Washington University has opted to rescind the suspension it doled out to a student who posted a Hindu swastika on his residence hall’s bulletin board. 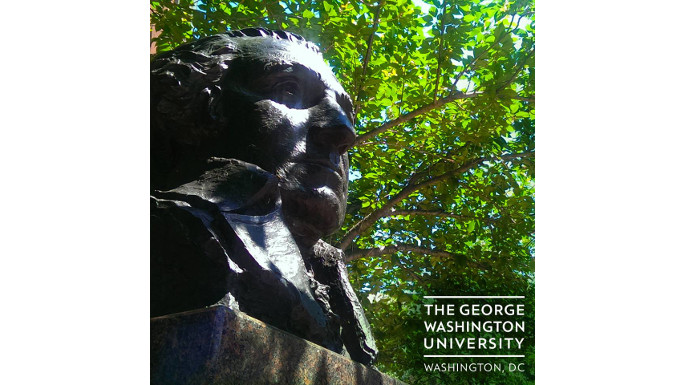 WASHINGTON, DC—Following international outcry and the threat of litigation, George Washington University has opted to rescind the suspension it doled out to a student who posted a Hindu swastika on his residence hall’s bulletin board.

The Hindu swastika — which is a religious symbol and carries none of the hateful connotations of its Nazi-appropriated counterpart — was displayed on a bulletin board in GWU’s International House residence hall and subsequently mistaken for the Nazis’ World War II-era emblem on March 16.

The student, who is a member of the predominantly Jewish fraternity Zeta Beta Tau according to The Forward, said he displayed the swastika in order to educate his fellow students about the symbol’s meaning of auspiciousness and good fortune, which he learned about during a trip to India.

While the Metropolitan Police Department and University Police both found no fault in the student’s actions when investigating the possibility of a hate crime, the university proceeded with disciplinary measures with the threat of expulsion a viable possibility.

Various Hindu, interfaith, and Jewish organizations wrote to University President Steven Knapp educating him about the significance of the swastika for Hindus, Buddhists, and Jains, and they all urged against expelling the maligned student.

According to The College Fix, a Washington D.C.-based news and commentary website, the Foundation for Individual Rights in Education and the Hindu American Foundation both told the academic institution it was illegally punishing the student, and two of its own law professors – John Banzhaf and Jonathan Turley – said the school had clearly crossed the line.

“The swastika is one of the most sacred symbols of Hinduism, with a three thousand year history of peace before it was misappropriated by the Nazis,” Samir Kalra, HAF senior director and Human Rights Fellow, told the Press Trust of India. “We wanted to ensure that any Hindu, Buddhist, or Jain student who sought to display the symbol as a part of [his or] her faith would not be punished for doing so.”