Bindu Philips, a resident of Plainsboro, New Jersey, has spent the past seven years battling overwhelming odds in an effort to be reunited with her children, who were effectively kidnapped by then-husband Sunil Jacob and “brainwashed” into ceasing all contact with her mother while on a trip to India. 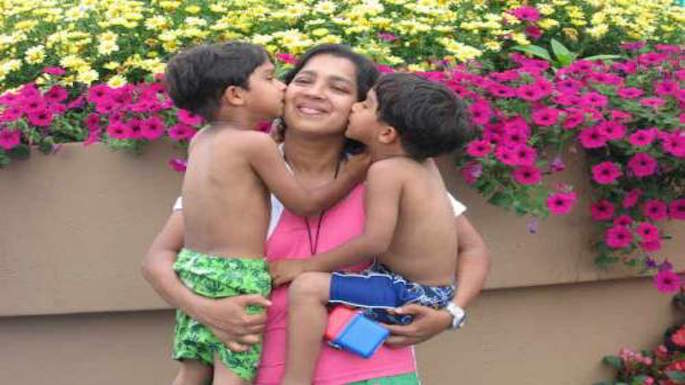 By Raif Karerat Also Read - Paris Climate Summit: John Kerry is right! Here is why India needs to adhere to US 'sermons' on global warming

WASHINGTON, DC— Bindu Philips, a resident of Plainsboro, New Jersey, has spent the past seven years battling overwhelming odds in an effort to be reunited with her children, who were effectively kidnapped by then-husband Sunil Jacob and “brainwashed” into ceasing all contact with her mother while on a trip to India.

The last contact Philips had with her twin sons in any way, shape, or form was three years ago.

“I’m longing to see my children,” Philips, 44, said in an interview to The Times of Trenton. “I really hope I will be reunited with them soon.”

Read the earlier story done by The American Bazaar:

Mother in New Jersey, father, twin boys in India: US, India could be headed for another diplomatic tussle

Congressman Chris Smith took the fight directly to Secretary of State John Kerry, who has been sharply questioned regarding childhood abduction cases in India by lawmakers on Capitol Hill this week.

“Did you raise child abduction with an emphasis on specific cases, like Bindu Philips, when you met with Modi in early January? What was Mr. Modi’s response,” Republican Congressman Chris Smith of New Jersey pointedly inquired.

“Bindu won full custody of the children in our American courts,” Smith stated, noting that Indian authorities have simply chosen to ignore that fact. “She testified before my subcommittee two years ago, and this past Monday I met with her again and she pleaded that you, Mr. Secretary, help her get her kids back.”

Kerry failed to comment directly on the Philips case when responding: “We have a caseload of about a thousand international parental abduction cases, and we are trying to expand the Hague abduction convention to efforts throughout the world.”

“We have approximately 75 professionals who are full-time, assisting parents with respect to this horrendous plight that they face,” he added.

International child abductions re-emerged in the public consciousness a few months ago when President Barack Obama signed the Sean and David Goldman International Child Abduction Prevention and Return Act. The legislation authorizes the State Department to take a series of acute measures against India or any other country that does not facilitate the expeditious return of an American child held there.

A few years ago Rep. Smith described India as “a source of immense frustration and grief for American parents.” He also stated individuals who tried to utilize India’s judicial system for the return of abducted children reported “corruption and incessant delays.”