Canadian Prime Minister Stephen Harper and his wife Laureen have extended their best wishes on the spring festival of Holi. 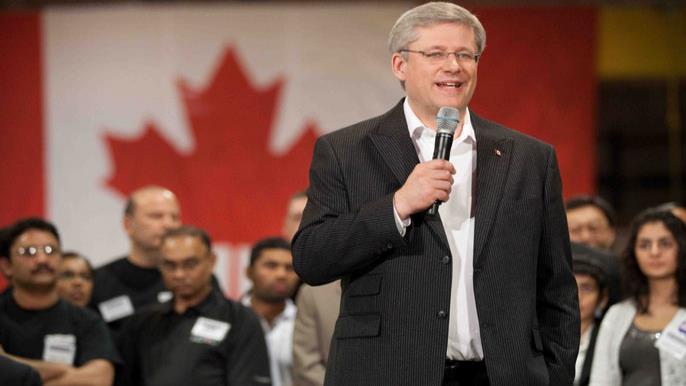 Toronto— Canadian Prime Minister Stephen Harper and his wife Laureen have extended their best wishes on the spring festival of Holi.

In a statement, they also told Canadians that the festival should serve as an “opportunity for all Canadians to reflect on the tremendous contributions of Canada’s dynamic (close to 400,000) Hindu community to building a peaceful, pluralistic and prosperous country, and to learn more about Hindu culture and traditions.”

Harper and other Canadian political leaders have been conveying their good wishes on Diwali and Baisakhi celebrations for years but now, interestingly, as the Indian Diaspora in Canada has exceeded 1.2-million and many religious and cultural festivities are becoming more visible, they are taking note of even the spring festival of Holi which should be pleasing for many people.

In Canada, the festival has been celebrated in Hindu temples and in some homes. You cannot, of course, start throwing colors on passersby in the streets to celebrate Holi, as it is done in parts of India.

“Originally celebrated as an agricultural festival in India hundreds of years ago to mark the end of winter and the beginning of spring, Holi brings together family and friends to celebrate peace and friendship, and look toward to new beginnings with optimism and joy,” said Harper.

“Holi, also known as the Festival of Colors, is celebrated with many ancient festive traditions that include lighting of bonfires on the festival eve; singing, dancing and gift-giving; sharing of festive meals; and throwing bright-colored powder and water dyes onto one another to celebrate and welcome spring.”

“On behalf of all Canadians, I wish everyone celebrating a happy, fun-filled and colorful Holi,” said Harper.

‘Ajit Jain is canada Editor of the Indian Diaspora. he can be reached atajit.jain0410@gmail.com)