Erik Carlson, Head of St. Andrew’s School in U.S. Says his Students are of Multi-Faiths

St. Andrew’s Episcopal School in Saratoga (California) is an enormously interesting educational institution where, despite its founding by the Episcopal Church (a Christian denomination), religious harmony thrives and it is celebrated. 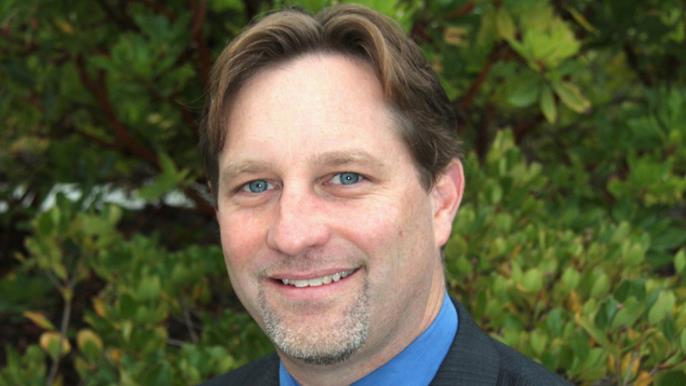 Saragota (California)–St Andrew’s Episcopal School in Saratoga (California) is an enormously interesting educational institution where, despite its founding by the Episcopal Church (a Christian denomination), religious harmony thrives and it is celebrated.

The author personally witnessed that religious harmony when he recently visited the school a few times for the start of the New Year along with his grandson, who has been admitted to this school in pre-Kindergarten – the class in which there are mere 13 students with two teachers –Ms Torres and Mrs Hickey. Two of these students are from Indian American families. Also Read - School Reopening News: Haryana Plans to Start Classes For Students of Class 10 to 12 on Trial Basis

Of the 383 students and 38 faculty members, majority, of course, are Christians of various denominations but, according to the School’s Director of Communications, Lisa Robinson, they have Hindu, Jewish and Muslim students. Also Read - Schools Should Charge 70% of Total Fees During COVID Period, Rules Rajasthan High Court

In a formal interview to The Indian Diaspora, Head of the School Erik Carlson said that “children are encouraged to question themselves about their connections to one another and thinking about values that they are connected to. We pay attention to how we interact with one another and that’s our character; that’s part of our model behavior and the high expectations we have from our students.

“At St Andrew’s we help and encourage kids to share and to ask questions,” he added.

The school provided this author with names of several Indian-American families whose children are currently students at St Andrew’s and The Indian Diaspora interviewed a couple of those families, which will be published on the site shortly.

You have 383 students, majority of whom are Christians? How does this impact the non-Christian students?

Our students are of multi-faiths.

Has a concern been ever expressed by non-Christian parents about their children attending religious classes?

We believe in the values of the Episcopal Church but I would say that those values are so humanistic that we all benefit from enquiries and inquisitiveness. You mentioned earlier that fear of the unknown is a source of conflict and one of the key tenets of our school is enquiry, willingness to wrestle with an important question that has to be with our inter-connectedness to one another. We pay attention to how we interact with one another. That is our character; that’s part of our model behavior and high expectations that we have from our students. 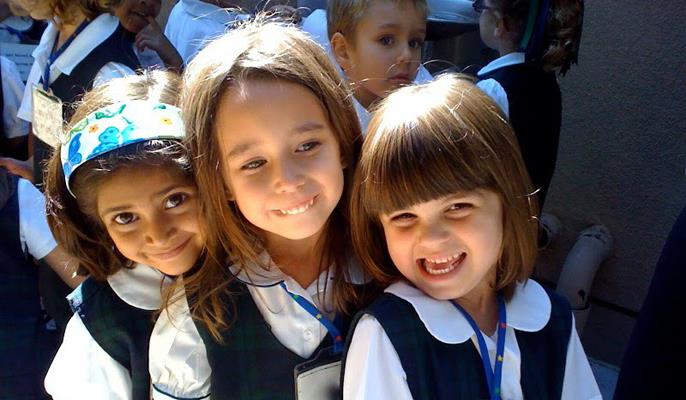 Do you believe a child of five to six years of age is intelligent enough to ask questions about religion? How do you ensure the families that their kids are encouraged to discuss religion, ask questions pertaining to religious teaching in the school?

I can speak broadly as to how the students interact. When you ask the child how you can be a good friend to one another, you are elevating the conversation to something that is absolutely connected to the base. That’s not a question thing but human interaction thing. Over time it will have definition as far as how that fits into Christian faith or Islamic faith or into any other faith.

That’s one of the things I absolutely love about Episcopal culture. For example, even when Father Cameron (Clergy at the school) talks about the Eucharist – something very specifically Christian and part of Christian spirituality – all are welcome to take Eucharist. It doesn’t matter what faith you are. It is an invitation but not a requirement. And it is about our connection to one another as a community. So in that I feel it is a sort of universal way of sharing, as all of us come together as a community.

So, I believe, in our most Christian practices, the rituals of the Church are actually able to broaden what that means for each individual student.

Our religion classes are broad enough. So we use the texts from Christianity or other religious texts to see how they relate to one another; what’s universal, and so the key to the religious class is to help the children explore their own spirituality, their own inter-connectedness, their own sense of where they are in the world. All of those pieces are key to our religious classes.

Do students also talk of their respective faiths?

What I have come to know about St Andrew’s is the incredible stance that each and every faculty member wants to know about each and every child, not about what their academic strengths and weaknesses may be, but they try to know the whole child. While our mission is to educate the whole child and we have seen that in action where we choose to engage the children in understanding what they are wondering about. 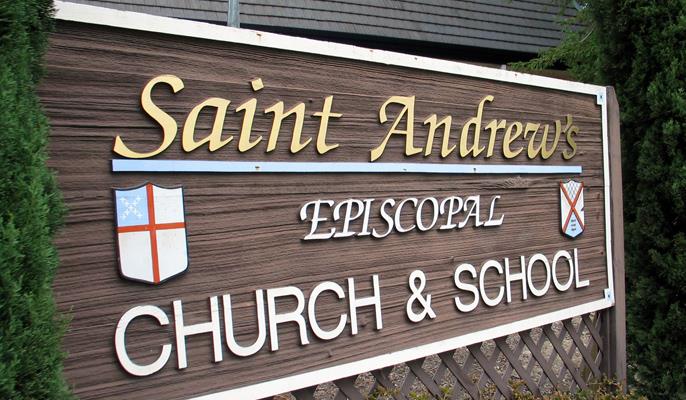 Say in math class, you will expect the first assignment has to do with some numbers but our teachers start by asking ‘tell me about your favorite movie; about your favorite book’. What the teacher intends to do is to use this information that he is gathering about each and every child and develop math around that so that they can see the relevance of Mathematics in the real world.

So the problems that he generates will be something that they personally relate to. We take time to get to know each child so that we can make their learning personalized. If someone is having a bad day we will understand right away what we need for them. We can celebrate with one another as well.

Can you amplify your message?

Our message starts with our mission and that is to educate the whole child. The way we do that – you hear that in a number of schools – is based on a faculty who enjoys being together as a faculty and takes to heart the relationship that they have with each and every child. So they spend time with each child trying to identify what the strengths and weaknesses are academically, socially, emotionally, athletically and artistically and these are the real strengths of the school.