Giving Dignity and Support to Persecuted Women at The Peacock Ball

A few months ago a woman walked into the offices of ECHW (Elsworth Heyworth Centre for Women) in Toronto, Canada and informed us how her husband and mother-in-law had rejected her because she had given birth to a baby girl. 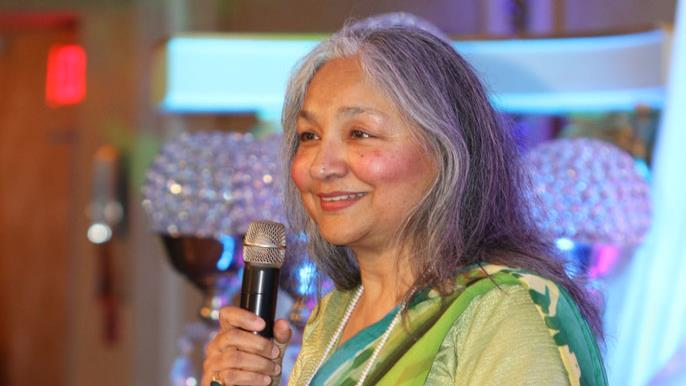 A few months ago a woman walked into the offices of ECHW (Elsworth Heyworth Centre for Women) in Toronto, Canada and informed us how her husband and mother-in-law had rejected her because she had given birth to a baby girl.

None of her husband’s family members visited her on the occasion of the birth of the little girl.  After she was released from the hospital and she came home, she was told if she wanted to come inside the house, she had to leave the baby outside, to die.  She was forced to sit outside in the cold, all night with her baby, in her own backyard, and she watched her baby turn blue—but still fighting for life. Some powerful voice within her said, “If the baby can fight to live, so can you.”

That is when she fled her country of birth and came to Canada where she is settling down with our support.

The Peacock Ball fundraiser is to help such victims of violence lead a meaningful and dignified life by helping them find gainful employment. We have established good rapport with some major employers like the ROYAL BANK, (they handed over a check for $20,000 to Sunder Singh at the time of event, organized to celebrate Women’s Day), Canadian Armed Forces, Toronto Police Service, Home Depot, and Toys R Us, who are willing to train these women —who come from all parts of the world, including India, Pakistan, and Nigeria — and place them in suitable employment.

Our goal this year is to achieve the placement of over 50 women, who are victims of violence, in gainful employment so that they can experience financial self-reliance and lead a life free of abuse.

Some of our highly educated clients are really sincere about building their career, though they have lost many years on account of being suppressed and having been victims of domestic violence.

Another such victim of violence whom we have helped, has now obtained a Master’s degree in oil and gas management. She was married to a wealthy man who invited his friend regularly to his home to have drugs.  One day, when she objected to this, her husband, in a fit of rage, picked up a pot of boiling water and poured if over her pregnant body. She survived this outrage in the hospital and was left with severe burns. She managed to escape to Canada and has now received her work permit with our help.

We at ECHW deal with such victims of violence and their numbers abound. We all know how more and more women, in all parts of the world, and Canada is no exception, are being subjected to violence.

(Sunder Singh is an Indo Canadian, executive director of Elsworth Heyworth Centre for Women, an organization that helps women who are victims of violence. This piece is based on her speech at the third annual Peacock Ball held in Toronto March 13, 2015)