Brampton Mayor Susan Fennell has retained legal counsel to fight back against what she describes as  “baseless smears, innuendo and outright lies” being spread about her. Quoting former Prime Minister Winston Churchill during a speech this week, Fennell says, “When you’re going through Hell, keep going!” 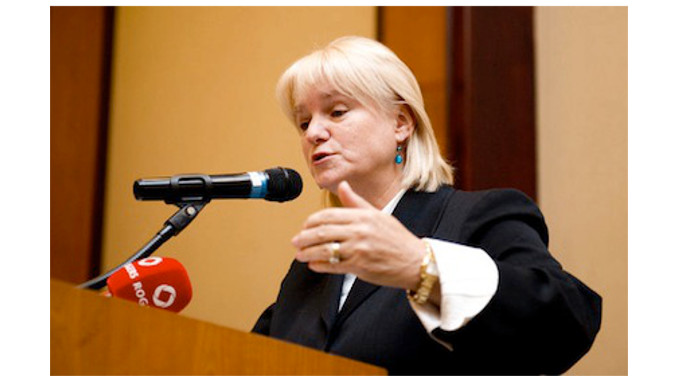 Brampton–Brampton Mayor Susan Fennell has retained legal counsel to fight back against what she describes as  “baseless smears, innuendo and outright lies” being spread about her. Quoting former Prime Minister Winston Churchill during a speech this week, Fennell says, “When you’re going through Hell, keep going!” Also Read - 'It Has Been Banned': Delhi Judge Objects to Use of Chinese App 'CamScanner', Asks Lawyer Not to Use It in Future

Fennell, who addressed the press to talk about the recent events, said, “Politics is a lot like hockey. You get a lot of elbows thrown at you in the corners by cheap shot artists. You get tripped. You get knocked down. Well, I want everyone to know that today I am getting off the bench. I will not let the Toronto Star and my opponents get away with these reckless, baseless smears anymore.” Also Read - Independence Day 2020: In a First, Indian Flag to be Hoisted at the Iconic Niagara Falls on August 15

Fennell has retained counsel, David Shiller, to bring an action against the Toronto Star, and certain Brampton councillors, for their innuendos and falsehoods about wrongdoing. Also Read - Senior Advocate Smokes Hookah During Virtual Hearing Of Rajasthan HC, Judge Says 'Not at This Age'

She has also retained counsel to take on various bodies – Deloitte’s, the new Integrity Commissioner – who have exceeded their mandates.

Fennell has directed her lawyers and her team to contact the police, and do all that is needed and necessary to help them in their task.

Fennell says she will not resign, and she will stand for re-election. “To quit now would be to say that I agree that the garbage flying around Brampton politics these days is the truth. It isn’t. It’s a campaign by one reporter and by some people who want to win re- election at all costs. These people don’t give a damn who they hurt along the way. It isn’t right. And I won’t stand for it.”

Fennell acknowledged that she has made some mistakes. “The buck stops here,” said Fennell. “I accept responsibility when I mess up, and for when my staff make mistakes. But I will not – absolutely will not – take blame for things that are made up or out of my control.” Fennell previously pushed for the forensic audit, including her own expenses. She also pushed to ensure that the results would be made public before the election so that the people of Brampton can make an informed decision on October 27.