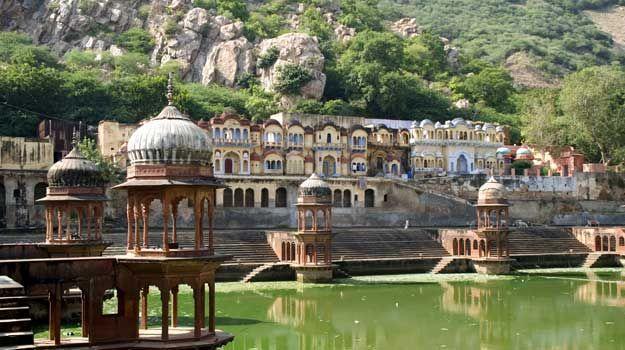 Located in Rajasthan, Alwar’s history dates back to 1500 BC. Located around 160 km south of Delhi and about 150 km north of Jaipur, the capital of Rajasthan. Alwar is popular among international and domestic tourists mainly because of its proximity to the famous Sariska Tiger Reserve.

A Rajput state for a long time, Alwar eventually fell to the Delhi Sultans in the 12th and 13th centuries. In 1771 AD Maharaja Pratap Singh, a Kachwaha Rajput belonging to the clan of Jaipur’s rulers, won Alwar back and founded a state of his own. DO SEE Astroport Sariska: the first resort in India for astronomy lovers

Known earlier as Mewat, Alwar gained reputation as a remarkable seat of art and culture under the patronage of Maharaja Pratap Singh. In the 18th century, Pratap Singh evicted the rulers of Jaipur to the south and the Jats of Bharatpur to the east, and successfully resisted the invasion of Marathas. It was one of the first Rajput states to ally itself with the British Empire. Like all the princely states, this stronghold of the Rajputs also came under British rule and remained so until India gained independence.

BEST PLACES TO STAY IN ALWAR

The erstwhile royal palaces converted to hotels are major tourist attractions and hence are booked in advance. Affordable rooms are available within Rs 500 and provide comfortable accommodation but aren’t advisable during the summers when temperatures soar. Deluxe rooms are cheaper as compared to other Indian towns. They cost less than Rs 800 and offer good hospitality. These hotels are also close to the palaces.

Luxury hotels can be availed of in Alwar for prices ranging from Rs 3,000 to Rs 5,000. Some of these luxury hotels are located atop forts and inside palaces.

Air conditioning is necessary during summer. Wireless internet facility is good even in the forts.

BEST PLACES TO EAT IN ALWAR

Palang Torh, or the milk cake, is a delicious dessert that you should not miss.

You should also try other delicacies like aloo parathas, gajar ka halwa in pure ghee, mirchi ka achaar and kheer.

The average minimum and maximum temperature of Alwar is as given below. The best time to visit Alwar is also specified.


Place to visit in ALWAR

All Forts Palaces Hills
View all places to visit in ALWAR

THINGS TO DO IN ALWAR

All Events Shopping
View all things to do in ALWAR

View all articles about ALWAR

Things to Do in alwar