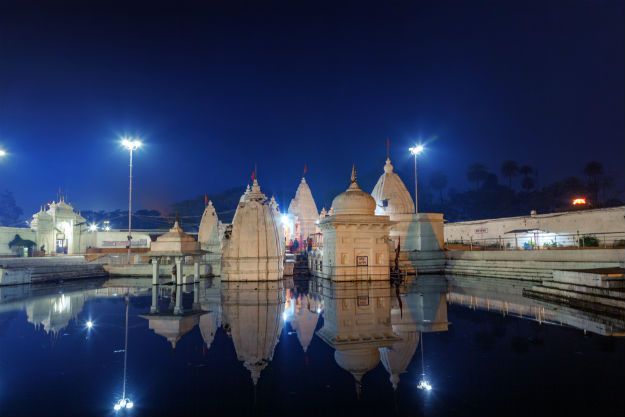 Amarkantak in Madhya Pradesh is an important pilgrim center for the Hindus and the source of the rivers Narmada and Sone. Holy ponds, hills, forests, and beautiful waterfalls make Amarkantak a sought-after destination for the religious as well as nature loving tourists.

There are several stories about the origin of Amarkantak’s name. The famous Sanskrit poet, Kalidas named the place Amrakoot since the place contained lots of mango (amra) trees; later Amrakoot became Amarkoot. According to myths, when Lord Shiva destroyed Tripura by fire one of the three ashes fell on Amarkantak, which turned into thousands of shivalingas. One such linga is still is worshiped at Jwaleshwar. ALSO SEE Hot water springs in India

Amarkantak also finds a mention in the Mahabharata, as one of the homes of the Pandavas during their exile.

BEST PLACES TO STAY IN AMARKANTAK

Despite being a major pilgrimage center, accommodation facilities are fewer as compared to other religious hot spots. The local municipal body of Amarkantak maintains a few tourist cottages. Madhya Pradesh State Tourism Development Corporation manages a holiday home which has 10 rooms and two dormitories. Kalyan and Barfani ashrams also provide accommodation. There are no luxury hotels available at Amarkantak.

BEST PLACES TO EAT IN AMARKANTAK

There are few options to eat in Amarkantak. Some ashrams and dharamshalas have eateries which provide good quality food.


Place to visit in AMARKANTAK

THINGS TO DO IN AMARKANTAK

All Events Shopping
View all things to do in AMARKANTAK

View all articles about AMARKANTAK

Things to Do in amarkantak