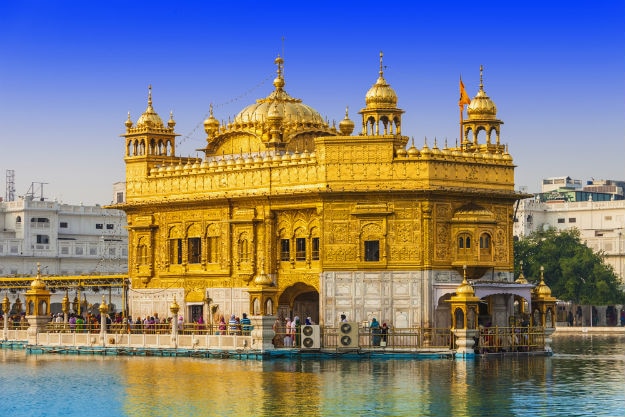 Home to the most famous Sikh shrine, the Golden Temple Amritsar is located 230 km northwest of Chandigarh in Punjab. Guru Ramdas, the fourth Guru of the Sikhs established Amritsar in 16th century. Amritsar is also the seat of the highest temporal authority of Sikhs, the Akal Takht (or the timeless throne). The city is special for Hindus too; Sita is believed to have spent considerable time at Valmiki’s ashram at Ram Tirth near here. Lord Ram and Sita’s sons Luv and Kush were born here. Amritsar is also known for the Sri Durgiana Temple built in the 16th century, which resembles the Golden Temple and is often called the Silver Temple. 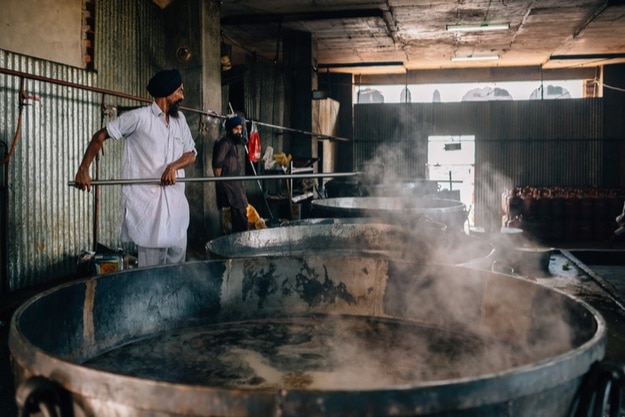 Amritsar was at the forefront of Indian freedom movement. The city witnessed the brutal Jallianwala Bagh massacre in which the British opened fire on unarmed Indians, which left 379 dead and over 1200 injured. Partition of India and Pakistan had the most profound effect on the demographics, economics, social structure and culture of Amritsar. Today, the city boasts of jovial, helpful and hospitable people. Amritsar is also known for its rich cuisine, sacred temples, folk art and culture. Amritsar is India’s leading exporter of goods to the Middle East and the leading center of Punjabi publications. Despite its modern outlook, the city still preserves its heritage and culture. The Golden Temple runs the biggest langar or community kitchen in the world. CHECK OUT

BEST PLACES TO STAY IN AMRITSAR

Amritsar attracts a large number of tourists all across the year and it is advisable to make hotel reservations in advance. The Golden Temple offers free accommodation to pilgrims and tourists at Guru Ram Das Niwas, behind the temple. Free accommodation mainly consists of basic dormitories or three bedrooms. While budget hotels are available for as little as Rs 250 to Rs 650, you can find mid-range hotels between the range of Rs 1,000 to Rs 3,000. Five-star hotels are primarily located near the airport.

BEST PLACES TO EAT IN AMRITSAR

Langar, the community kitchen in Golden Temple serves free food to everyone who visits the shrine. Only vegetarian food is served at the Langar. The Langar prepares food for over 40,000 people daily and is one of the best places to eat in the city. A large variety of street food is also available in Amritsar. If you wish to have authentic Punjabi delicacies like parathas, chiken tikka, tandoori chicken and lassi you must try the local dhabas where tasty meals are served at a very nominal price. ALSO SEE Top 5 dhabas we love in Amritsar

The average minimum and maximum temperature of Amritsar is as given below. The best time to visit Amritsar is also specified.

Place to visit in AMRITSAR

THINGS TO DO IN AMRITSAR

All Events Shopping
View all things to do in AMRITSAR

View all articles about AMRITSAR

Things to Do in amritsar