Here Are 10 Awesome Migratory Birds on a Winter Sojourn to India!

Birds have various migration patterns and many of these beautiful birds make their way to India in the winters. 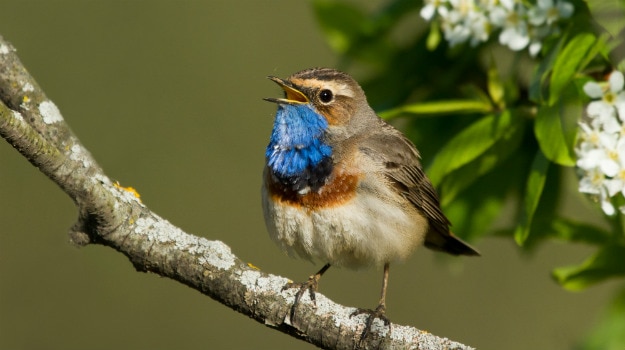 I cannot take possession of the sky,

Mount with a thoughtless impulse and wheel there

One of a mighty multitude, whose way

And motion is a harmony and dance

Birds matter to all of us whether we realize it or not. They have been blessed to fly freely in the skies without a care in the world; they remind us of our own struggle for freedom to fly away and be carefree. They remind us of simplicity and their calls are filled with cheer and melody that brighten up one’s day. Birds are integral to the biodiversity and the environment. Different species of birds have different life patterns which include behavioral, nesting, breeding, feeding patterns to name a few. Birds have various migration patterns and many of these beautiful birds make their way to India in the winters. Some of these interesting birds are mentioned below. 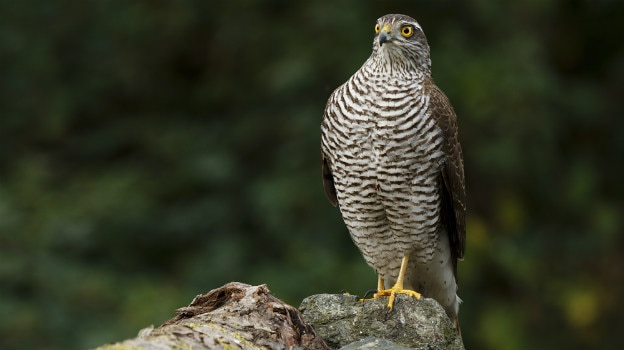 Asiatic Sparrow-Hawk is a bird of prey but it’s smaller compared to the larger birds of prey such as the eagles. They are found in forests and during the winters they make their way to India and Myanmar. Sparrow hawks migrate to India for a period of roughly 4-6 months.

Interesting fact: In medieval falconry, the sparrow hawks were supposed to be prestigious birds for priests. 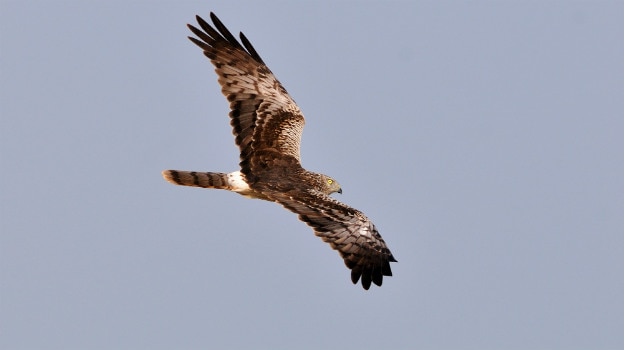 The Pale Harrier, the Marsh Harrier and the Pied Harrier are birds of prey and make their way to India during the winters. They can be seen in many parts of India such as Saurashtra in Gujarat, many parts of Rajasthan including the Thar Desert and Thattekkad Bird Sanctuary, in the Ernakulum district of Kerala.

Interesting fact: These Harriers come in droves to the Velavadar Blackbuck National Park in Gujarat. 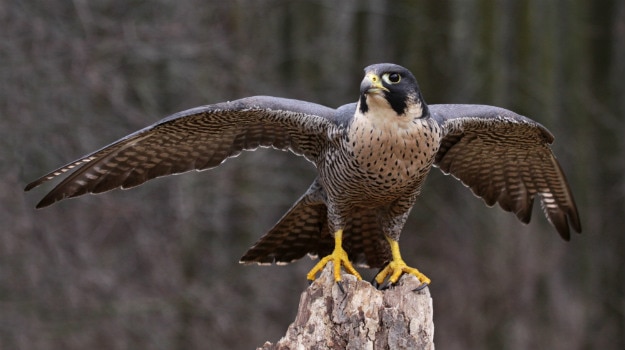 Peregrine Falcon falcon is found almost everywhere in the world. They pair for life. Known for its speed, when hunting it can dive to speeds of more than 200 mph and it is the fastest bird on record.

Interesting fact: Falconry has been a popular sport since time immemorial. It dates back to ancient Egypt, Europe and China and is a sport for royalty in ancient and modern times. It is still a popular sport in many parts of the world and the Peregrine has been a highly prized bird amongst royalty across many ancient and modern empires and countries. 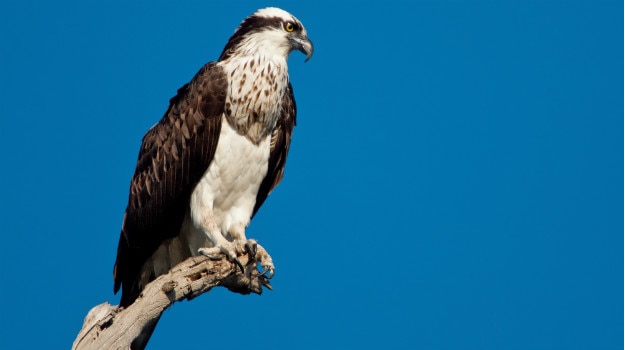 The Osprey is usually found near water bodies as their main prey is fish. The claws of the osprey are specially adapted to catch fish.

Interesting fact: The Ospreys outer toe is reversible so they can easily carry fish with two toes in the front and two toes behind. 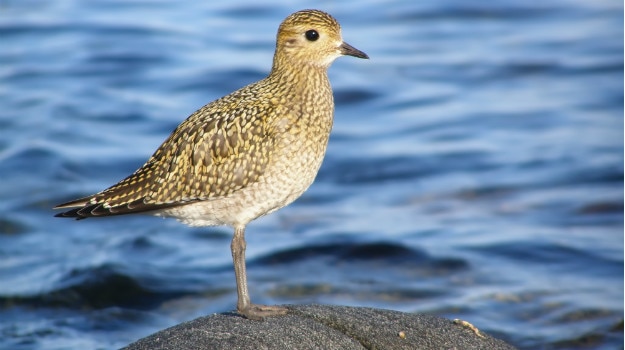 Pacific Golden Plover are known as waders. They feed on marine life such as mollusks and crustaceans as well as berries, seeds, leaves & some insects. The Glover is known to breed in extremely cold climates such as Siberia and Alaska. In the winters, they fly in flocks and travel great distances to reach countries such as India and Singapore.

Interesting fact: As mentioned, the Plovers fly great distances, for example, they are known to fly from Alaska to Hawaii for 50 hours continuously during their migration.

This pretty and musical bird has 10 subspecies. The Bluethroat prefers to breed in very cold climates across the world such as Alaska, but they migrate to India and other nearby countries and continents during the winter.

Interesting fact: Pretty as this bird is, its also a shy one! It seeks the refuge of thick vegetation but one can identify them when they are singing in full swing or flying about in search of some grub. 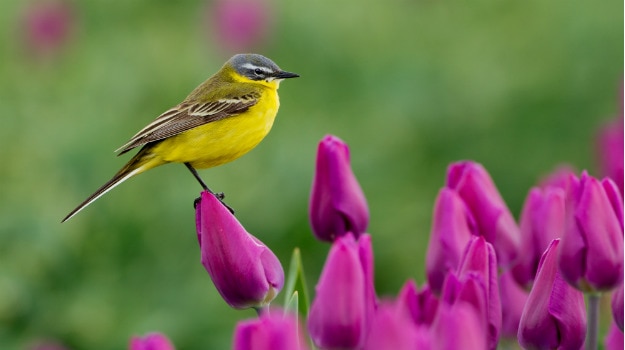 The White and Yellow Wagtails are tiny, pretty and have cheerful calls. It is one of the early birds (quite literally) to come to India during the winter. The Wagtails and their subspecies are found in many parts of the world. When flocks of them come to India and other countries, they are known to fly amongst cattle and other domesticated animals and then they congregate together afterwards.

Interesting fact: The Latin name of these birds actually meant “little mover”, but some writers in medieval times mistook it to mean “wag tail”. 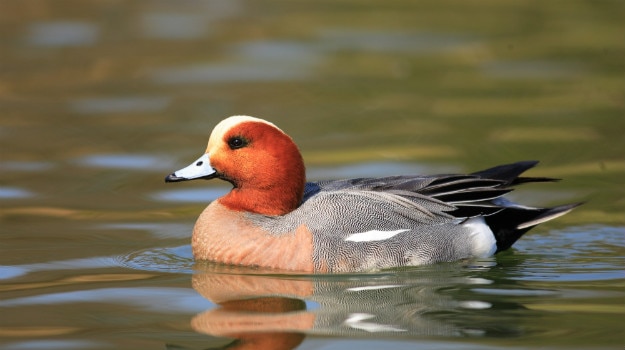 The Wigeon belongs to the species of ducks. They are recognized because of their russet colour and plumage. Their feeding habits are aquatic plants and grass which are found in shallow waters and grassy areas.

Interesting fact: The ducklings head for the waters soon after they have hatched. 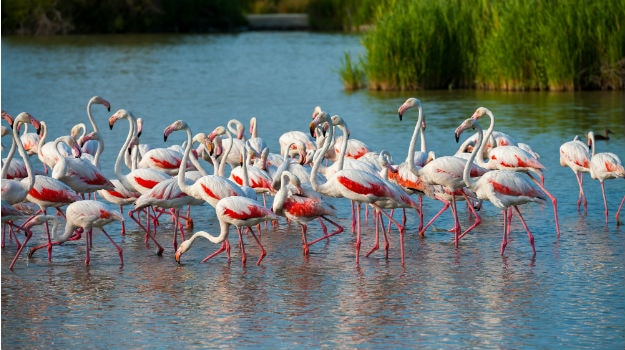 It is the state bird of Gujarat. As the name suggests, they have an average height of 5 feet and some are known to grow as much as 6 feet in height.

Interesting fact: The mating rituals are quite theatrical and flamboyant to observe! 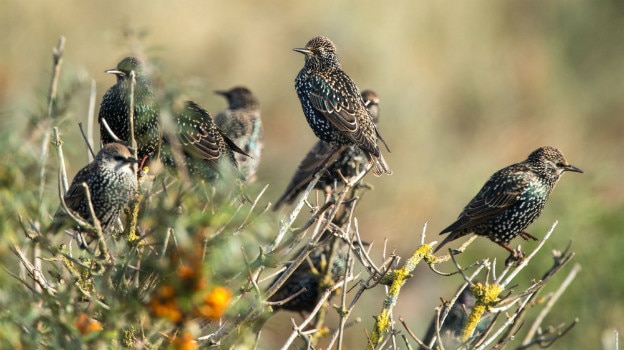 Interesting fact: Starlings are really good at mimicking. Starlings can imitate the calls of up to 20 different bird species!