10 fabulous flower shows in India you must not miss!

In every section of the world, flowers are an integral part of our cultures, traditions, societies, lives, well-being, and are essential to economies and businesses. Flowers are of inherent beauty 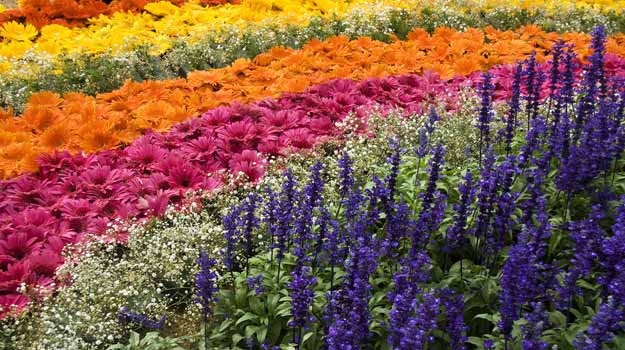 In every section of the world, flowers are an integral part of our cultures, traditions, societies, lives, well-being, and are essential to economies and businesses. Flowers are of inherent beauty, and are of an inescapable value to us. Flowers are used to signify many things, such as; emotions and feelings, messages, condolences & respect or as the famous saying goes, Say it with flowers. Flowers are therapeutic, and have the ability to induce calmness, happiness, positivity, & a range of positive emotions and feelings. Flower shows are a great outing for individuals, groups and families. The atmosphere is truly soothing and a great way to rejuvenate the senses. Flower shows are organized across the world and India is no exception. Heres a list of some of the flower shows which take place in our country. Also Read - IPL 2020: Sunrisers Hyderabad Allrounder Mitchell Marsh Likely to be Ruled Out of Entire Season

1. Bangalore  Also Read - 'Mother's Body Organs For Sale': Kerala Woman Offers to Sell All Her Organs to Pay Medical Bills of Her Children 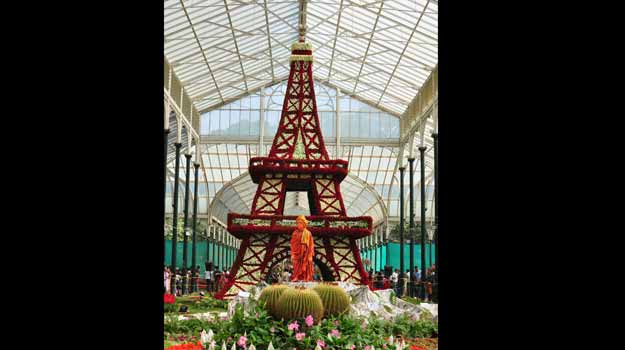 This botanical garden has a rich history, having been created by Hyder Ali, Tipu Sultans father. Later Tipu himself developed it, followed by the British, who then gave it the status of Government Botanical Garden in 1856. It houses 673 genera & 1,854 species of plants; many of which can be bought at their nursery. This year, 2014, Lalbagh celebrated its 200th flower show. The flower show is held twice a year; one during Republic Day and the second on Independence Day. The flower show showcases various flowers and plants in bloom, but is popular for their floral replicas. This year the Mysore Dasara was the theme of the floral replica. The Mysore Palace was recreated at a height of 27 feet, a length of 45 feet & the width was 12 feet. Other floral replicas in the past include; the Eiffel Tower, the Taj Mahal, & the Lotus Temple. 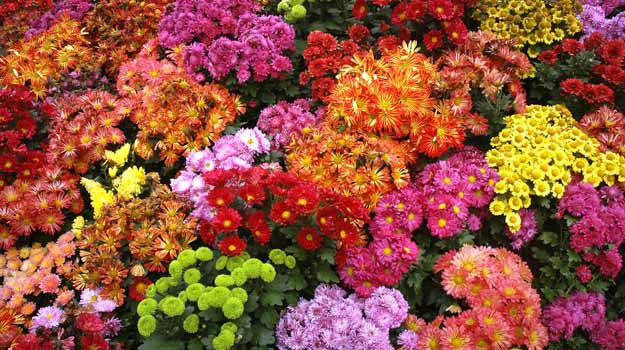 It is the oldest of its kind in the country. Established in 1820 by the Rev. Carey, its a sprawling garden spread across 24 acres. The society was awarded the Royal Charter in 1935 by King George V. It is known for its rare as well as medicinal plants, eco-friendly gardening materials, development of horticulture, and helping in protecting the environment. They help in raising awareness and aim to bring people and nature together. They even sell plants and seeds, provide consultancy services, & landscape development. They provide courses & workshops and one can even make use of their library. The society has a winter flower show on the 2nd  4th of January,2015 where one gets to see a variety of roses & dahlias to name a few. The annual flower show is held on the 5th-8th February, 2015.The annual flower show is the oldest which was started in 1828. Visitors get to see flowering and non-flowering plants, vegetables, shrubs, etc. 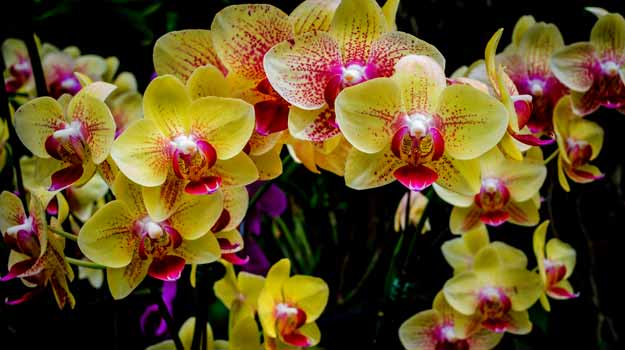 Sikkim has around 5,000 flowering plants, 515 rare orchids, more than 36 rhododendron species to name a few. The state flower, Dendrobium Noble was even taken to the Queen of England in Buckingham Palace during the 19th century. The government is now trying to boost floriculture in the state by way of organizing various flower shows. In the past few years an international flower show has been organized, which included participants from over 20 countries as well as local and national growers.  In 2013, more than 15,000 flowers were on display! The state even organizes an orchid show regularly to highlight the orchids found here. Make sure to include these flower shows as part of your itineraries if you plan on visiting Sikkim.

Flower shows are held across the region during the summer and winter or some flowers shows are held annually. The shows are organized not only by the government, but also by various societies and universities. The Delhi University organizes an annual flower show; flower shows are held in Noida as well as in Gurgaon. For example, Huda in Gurgaon has been organizing flower shows since 1990. Even the YWCA holds a flower show in Delhi. There is a Garden Tourism Festival that takes place annually in Delhi. On display are roses, dahlias, bonsai, and a variety of other flowers. 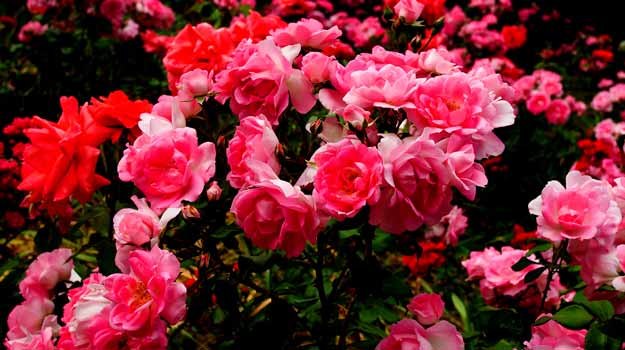 The Empress Botanical Garden is located near the Race Course. The garden was renamed in honour of Queen Victoria when she was given the title of Empress of India. It is now managed by the Agri-Horticultural Society of Western India since 1892. It holds an annual flower show in January every year by the name of Buds N Blooms. There are flower arrangements; apart from various plants on display, competitions, expert advice, workshops, etc that are organized. The Rose Society of Pune came into existence in 1962. The foundation was laid by the famous freedom fighter Lokmanya Tilaks grandson, Mr. Jayantrao Tilak. Today, there are more than a 1000 members. The focus is as the name suggests mainly to spread a fondness for roses and to grow them in their homes as well. Flower shows showcasing roses are organized during the monsoons and winters.  There are mini- rose shows held every month. The society celebrated its 50th year in 2012. 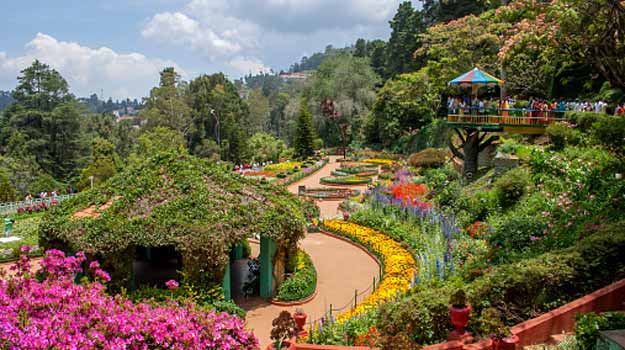 The flower shows here were organized way back in 1896. Every year more than 15,000 potted flowering plants are exhibited. More than 90 flowers are displayed and more than 40 types of potted plants. There are also competitions and various flower arrangements, flower rangolis, bonsai, etc. The show usually takes place in May. There is also a Rose Show that takes place in May as well.

One of the prominent flower shows in Chandigarh is The Chrysanthemums Show which takes place in Sector 33 every year mainly in December. Its been organized for more than a decade, and showcases numerous varieties of Chrysanthemums as well as other flowering plants and more than 10,000 pots are on display. Competitions are held as well. 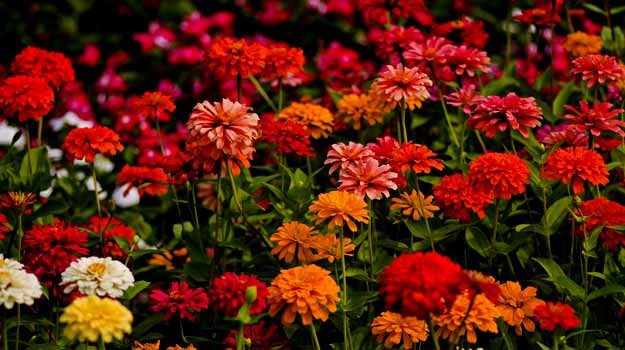 The Autumn Flower Show is an annual event held mainly between October and November in Shillong. Most of the flowers and plants showcased are native to the region. There is an Autumn Festival which has fashion shows, culinary events, concerts, and a host of other events which include the flower show.